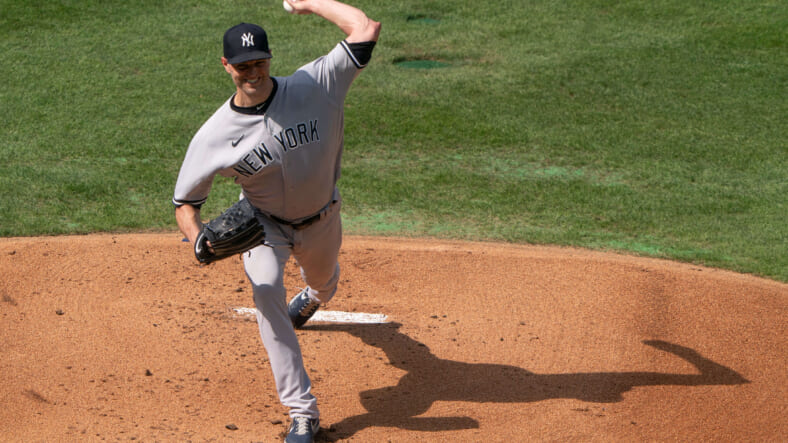 The New York Yankees have a few holes in the rotation, as J.A. Happ, Masahiro Tanaka, and James Paxton, all members of the unit in the last season, are now free agents. The last two names could potentially return depending on how the market unfolds, but Happ is highly unlikely to be in the team’s 2021 plans.

From the early days of the season in which Happ implied that the Yankees were managing his innings to keep his option from vesting to the failed ALDS Game 2 plan that had the Bombers pitch the lefty as a “bulk” reliever, there is just too much baggage in the relationship for it to continue.

However, the fact that the New York Yankees don’t seem particularly interested in re-signing the 38-year-old southpaw doesn’t mean that he isn’t generating interest around the league.

Jon Morosi of MLB.com reported on the weekend that the Toronto Blue Jays and the Los Angeles Angels both have an interest in Happ. Anaheim failed to secure the services of Gerrit Cole prior to the 2020 season, and they need pitching badly if they want to avoid yet another campaign without making the playoffs despite having the best player of this generation in Mike Trout.

Morosi observes that Angel’s new general manager Perry Minasian was in the Blue Jays front office on two different occasions when they moved to acquire Happ. It isn’t surprising that they are interested in his services, especially given that despite all the smoke and the postseason controversy, Happ pitched well for the Yankees.

As for the Blue Jays, if they sign Happ, it would be his third stint with the club. Adding Happ to a young rotation that includes Nate Pearson and could, potentially, boast Anthony Kay and Simeon Woods-Richardson at some point in 2021, not to mention ace Hyun-Jin Ryu, would be big for Toronto. Stay tuned.