New York Yankees: If the MLB plan is adopted how will it affect the Yankees? 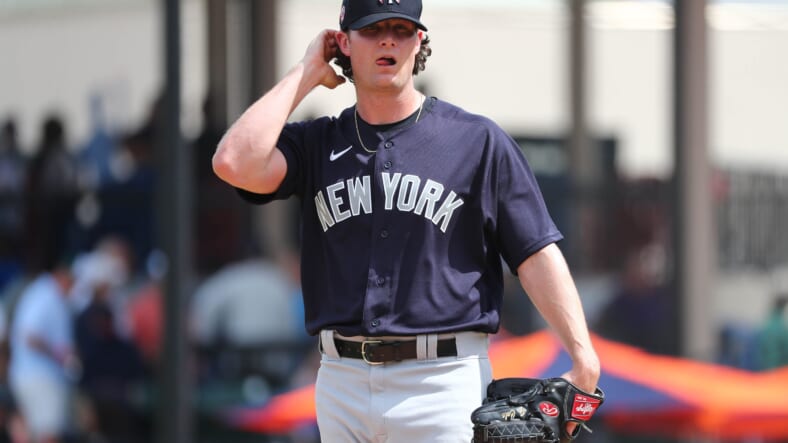 While the New York Yankees waits for a resolution to the ongoing MLB MLBPA negotiations, let us take a look at how the plan as presently proposed will affect the New York Yankees.Â  The talks include squabbling over pay and more rightly so, the health concerns of players.

First, let’s a fresh look at the plan as proposed:

So how will this plan affect the New York Yankees?

First, it will look very different facing National League teams so often during the shortened season. It’s questionable as to if it will be more difficult playing so many postseason contenders like the World Champion Washington Nationals, or is it’s easier not having to travel cross country so many times in the season.Â  The Yankees will have the usual tough time playing the Red Sox and Tampa Bay Rays.Â  But they will also face the Nationals the Phillies.Â  Looking at the plus side they face the usual Blue Jays and lowly Orioles.Â  In addition in this plan, they face equally poor NL teams like the Florida Marlins and to a lesser degree the Pittsburgh Pirates.

The New York Yankees will face the traditional AL foes twelve times in three-game sets.Â  They will face the NL teams for only two-three game series.Â  The prime difference is that each game will be twice as important to win in a season with only half the games.Â  When the season starts it will resemble a postseason feel as far as the necessity to win is concerned.

Gerrit Cole will feel the pressure to win each game more intensely with half the games to pitch.Â  It will also be more demanding on all the pitchers to stay healthy in an environment the dictates the opposite.Â  Pitchers are not ramped up to pitch leaving them much more vulnerable to becoming injured. Hopefully, a renewed spring training will help that.

Manager Aaron Boone will have to be much more careful with how long he leaves starters in and how he uses his bullpen.Â  He is also going to be careful with Stanton and Sanchez his injury-prone players.Â  Aaron Judge is now expected to be out most if not all of July while he continues to heal.Â  Boone will also be watching him.Â  A greatly expanded roster will help in mitigating these problems and allowing players more rest time.

The expanded roster is also going to allow us to see more of the New York Yankees prospects.Â  Players that might have been relegated to Scranton Wilkes/Barre now may be allowed to shine in the national spotlight.Â  Expect to see on the roster or at some time in the season Thairo Estrada, Dievi Garcia, Mike Schmidt, Mike King, and even spring training stars Rosell Herrera and Brandon Lockridge.

With the expanded roster you will definitely see Jonathan Loaisiga, Mike Ford, Clint Frazier, and Mike Tauchman playing all season long barring injuries.Â  The depth of the New York Yankees is a plus for the team that hopes to have a more injury-free season than last season.Â Â  Yankee players have not been dormant.Â  They at their homes and some at George M. Steinbrenner field have continued to try to stay game ready.

With the New York Yankees expected to be at the top of the leagues, they may be able to get extra rest in the postseason, no having to play in Wild Card three-game series.Â  The New York Yankees will do their best to avoid that scenario.

New York Yankee fans will embrace all of these changes and root on the Yankees to a 28th World Championship.Â  They just want to see baseball in any form; it will so help a depressed nation devoid of the hope that all sports provides.Â  They are fully aware that the coronavirus will control what kind of season transpires, and hope that it can be completed.