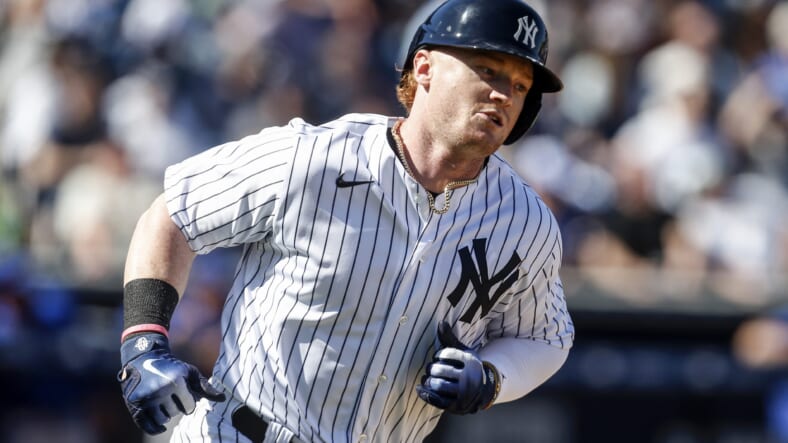 The New York Yankees had their fair share of injuries last season and there was hope that this season would be different. Unfortunately, it seems that there’s going to be a repeat of history this year. Star right fielder Aaron Judge is dealing with another injury and the timetable for a return is unclear.

General manager, Brian Cashman, said that there is no definite idea on when Judge will be 100% healthy again but they do expect him to be ready by “summertime.” It seems that the Yankees are not optimistic about Judge being back for the start of the year.

Despite probably not having one of their best hitters in the lineup for the beginning of the shortened season, the Yankees have another option that can fill that void. Clint Frazier is the best option the Yankees have to fill the empty right field spot. With Aaron Hicks also returning from an injury, Mike Tauchman will fill in at center field and Brett Gardner will slide over to left field when needed.

There have been rumors for years that the Yankees are looking to trade Frazier, but I think if the Yankees really wanted to do that, they would have already. There’s some concerns with behavior, however, you cannot deny that Frazier is a talented ballplayer.

Before Frazier was controversially demoted to triple-A during mid-June last year, he was batting .283 with 22 extra-base hits and 11 home runs. He was one of the league’s best hitters with runners in scoring positions as he held a .375 batting average in such scenarios. After Frazier was sent down and was brought back up later in the year, he was never the same.

I think there’s a pride thing with Frazier, that he almost felt abandoned when he demoted despite having terrific numbers. Some players just have that in them, and that isn’t a problem as long as it doesn’t interfere with the team’s success. An example of a player who was prideful but let it fuel his success is all-time Yankee legend, Reggie Jackson. Of course, Frazier is nowhere near the dominance that Reggie displayed while in pinstripes, but I think there is a part about Frazier that he needs that pride to keep him going – and being sent down did the exact opposite of that.

Judge’s injury could be a big opportunity for Frazier to shine once again. Maybe if it’s for a longer period of time this year, the New York Yankees will keep him on the roster even when Judge returns. Frazier could also play left field as well.