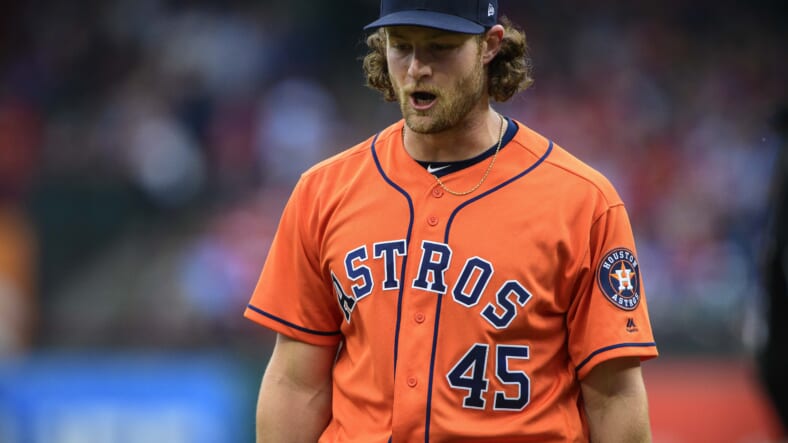 The New York Yankees appearance policy is illegal, plain and simple.Â  Under the New York statute, S4037 it simply states that New York employers can not consider facial hair in its employment policies.Â  Before we get into the legalities, let’s get acquainted with the history of the Yankee policy.

Going back in history, persons in sports did not wear facial hair in any sport.Â  Once the 1970s came into view, facial hair became more prevalent.Â  Today it is quite common, even with some teams saying they will have beards until they reach a certain number of wins or other goals.Â  Some baseball players have beards so long they wave in the wind.Â  Some pitchers have hair so long that it slaps them in the face when the throw the ball.Â  Some fans are okay with this and some not so much.

George M. Steinbrenner always wanted to own a sports team, as he was very involved in sports.Â  He was an accomplished hurdler on his varsity track and field team and was a halfback on the football team at Culver Military Academy. At Ohio State, he was an assistant football coach. During his shipping career, he with creditors purchased the Cleveland Pipers basketball team.Â  When the league failed, so did Steinbrenner. In 1971 he and a group of financiers agreed to buy the Cleveland Indians, baseball team.Â  The agreement fell apart in the eleventh hour.Â  Shortly after that, he saw another opportunity, this time to buy the New York Yankees.

CBS had purchased the Yankees earlier, and in their time of owning the team, they failed to build a winning team and let the famous Yankee Stadium become derelict.Â  Tired of losing money, CBS let it be known that the team was on the market.Â  Steinbrenner saw this a dream as he had been a Yankee fan from childhood.Â  Steinbrenner acted quickly and contacted the CBS President letting him know he was interested and had the money, the deal was struck rapidly, and George M. Steinbrenner became the managing general partner of the Yankees before the 1973 season.

To put it mildly Steinbrenner, the “boss” was a militaristic take-charge individual.Â  On opening day, April 11, 1973, Steinbrenner was in the stands to view his new team.Â  They lined up on the foul line, and the boss immediately noticed some players had unruly long hair.Â  He noted the players by number as he had yet to learn their names, and recorded them down on the back of an envelope.Â  After the game, he gave the list to manager Ralph Houk.Â  Houk asked, what’s this? George answered these are the players that need hair cuts.Â  Thus the Yankee appearance policy was born.

The policy evolved to not allowing players to have facial hair except for mustaches or religious reasons. It also stated that hair length could not reach below the collar.Â  Sideburns were not mentioned in the policy.Â  George did this because he believed it was not professional and felt it didn’t represent the Yankees as he wanted.Â  Over the years, the policy has become a tradition and has been embraced by the entire Steinbrenner family, who holds to the policy up to today.

This is not to say that there have not been run-ins with certain players over the years.Â  I can think of several, but here are a few.Â  Lou Pinella showed up for opening day and had long hair.Â  He was called into the office, where George told him he had to cut his hair.Â  Lou argued that Jesus had long hair; why couldn’t he.Â  George responded according to which story you chose to believe that Geoge took him to a pond or across the street to a gym that had a pool, and told Lou if he would walk across that water he could have long hair.

Other notable events include Goose Gossage that seldom got along with George.Â  He grew his mustache so long he could twist it into a fu man chu just to irritate George. A notable player that became a Yankee was Johnny Damon, who, while with the rival Boston Red Sox, had sideburns and beard so long he looked like a Gorilla.Â  He shaved it all off when becoming a Yankee, and his love life improved immediately.

Most recently, this offseason the New York Yankees acquired Houston Astros ace, Gerrit Cole.Â  Cole was not only noted at one of the best pitchers in baseball, but he also had a well-trimmed beard but very very long bushy hair.Â  He was happy to earn $324 million from the Yankees and conform to the clean appearance policy; he showed up for his introductory news conference cleanly shaved and hair just at the acceptable length.Â  But what if he had refused?Â  Would the Yankees never have hired him, or would he show up with long hair and a lawsuit? The New York Yankees have always gotten around the discrimination issue because of the exception for religious reasons statement in the policy.Â Â  This is the official policy:

â€œAll players, coaches and male executives are forbidden to display any facial hair other than mustaches (except for religious reasons), and scalp hair may not be grown below the collar. Long sideburns and â€œmutton chopsâ€ are not specifically banned.â€

To this writer, it would seem it is only a matter of time that some present or future players will challenge the Yankee policy. Most will respect the Yankee tradition of being clean-cut.Â  But, the Yankees should be prepared to lose the fight which will most likely not take place in the courts but with MLB.Â  MLB and the players association agree on all team policies.Â  An arbitrator would be assigned and there would be fewer hairs falling on barber’s floors.

Last season I conducted a poll on whether Yankee fans appreciated Geoge’s clean-cut policy.Â  It drew a lot of comments, many citing that the policy sets the Yankees apart from other teams.Â  It promoted a culture of professionalism, Yankee structure, and pride.Â  The poll results showed that 60% of respondents were in favor of the clean-cut look, the other 40% was split evenly between, they didn’t care one way or the other, and they disliked the policy.Â  Those that opposed the policy cited that it took the freedom away to be different and set themselves apart from other players.

If you think about that statement, it’s just what the New York Yankee organization does not want.Â  Just like they don’t have player names on the uniforms.Â  Culture is everything about the team and not the individual player.Â  The Yankee way is team first, the player second, which was fully embraced by Hall of Famer Derek Jeter and now Yankee star Aaron Judge. This writer would like to see the policy upheld, but doubts over time that it will be.