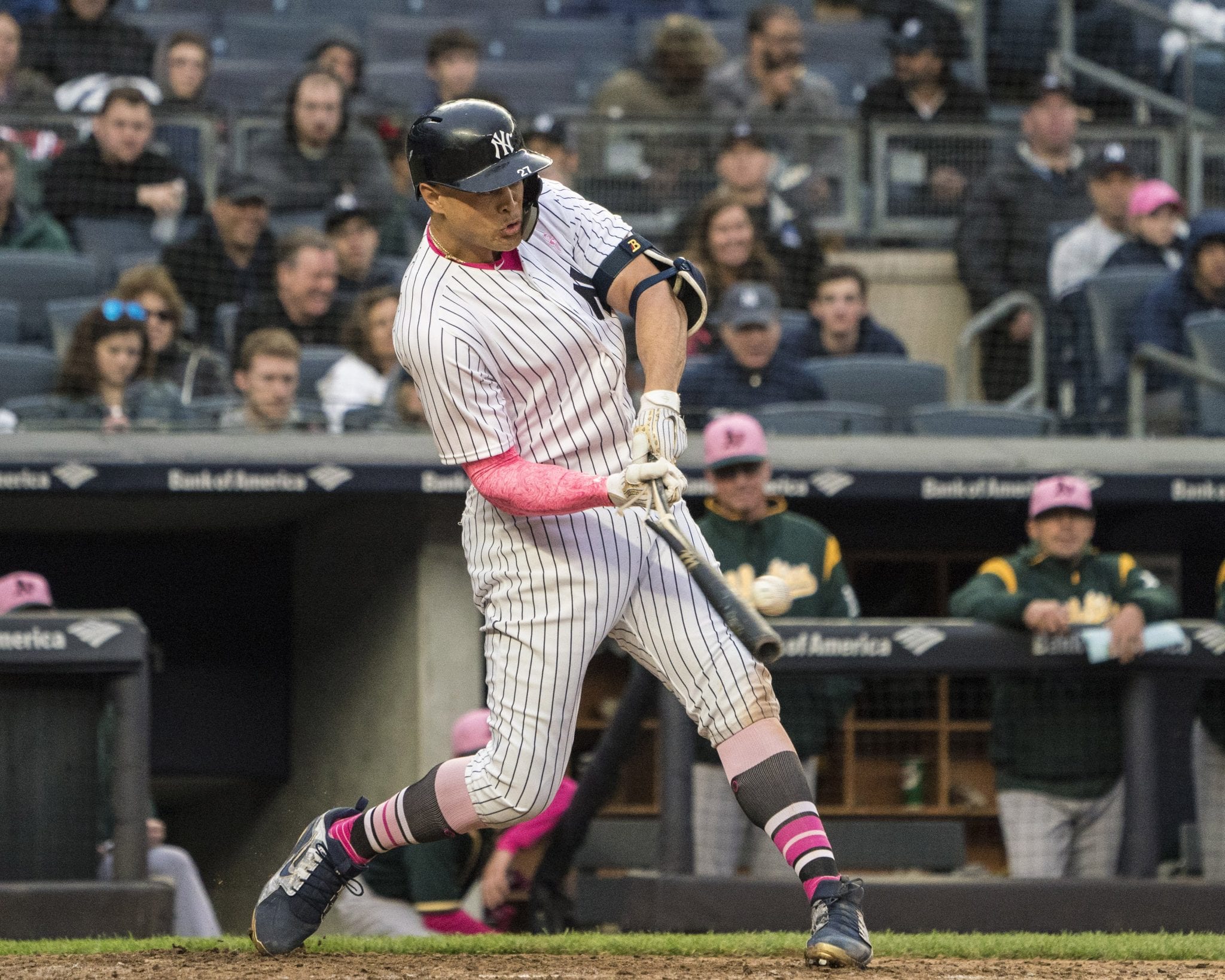 He said that Didi Gregorius will begin extended spring training games and Giancarlo Stanton will begin rehab with the Tampa Tarpons on Monday.

Gregorius and Stanton are two of the Yankees best players, and it’s good to know that they will be ready to play very soon.

Last season, Gregorius hit .268 with 27 home runs and 86 RBIs. He also had a sellar April, winning player of the month. Didi finished 20th in the MVP voting the last two seasons. He also has gold-glove caliber defense, and with all of that it makes him one of the league’s best shortstops.

Giancarlo Stanton has played three games, and made a huge impact in them. He went 2-for-8 with seven walks. Last season, he hit .266 with 38 home runs and 100 RBIs. He finished 19th in last year’s MVP voting, a year after winning the award in the National League.

Who goes to AAA?

It will likely be Clint Frazier and Thairo Estrada that will go to AAA once Stanton and Gregorius return.

Both players have played well with the Yankees, but Frazier has struggled of late. However, there is no way that the Yankees would keep both on the team, and obviously no way Stanton or Gregorius goes anywhere.

It is worth noting that since Gregorius is on the 60 day IL and the 40-man roster is full, somebody will have to be DFA’d to make room for him.

But, the Yankees knew that they would have to make those decisions, and it’s almost time to do so again. It sucks they have to, but it shows the depth of this organization.