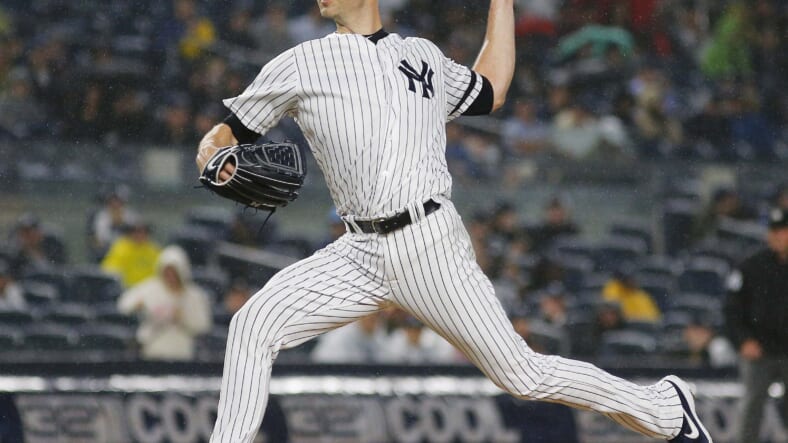 With the rain holding back on Saturday afternoon as the New York Yankees took on the New York Mets, the Bombers managed to scrape out a victory in the final moments of the game. It seems as if DJ LeMahieu is a good luck charm, after all, losing seven straight before claiming a victory.

LeMahieu returned after spraining his left thumb against the Boston Red Sox about two weeks ago. He recorded one hit on the day, which was a triple to deep right field.

The good newsâ€”victory. Finally, the Yankees were able to muster the energy to get back into the winning category, despite falling to 17-13 on the season.

While this was a close victory, the Yankeesâ€˜ offense sparked in the ninth-inning with Clint Frazier earning a leadoff walk and newly signed Jordy Mercer logging a one-out single to move Frazier to third base.

If not for a first-inning Luke Voit homer, though, the Yankees wouldnâ€™t have been in the game at all. Dellin Betances threw a wild pitch to end the game, with Frazier scoring from third. This is a massive victory for the Yankees and hopefully will provide some momentum moving forward into a doubleheader on Sunday.

Pitching wise, starter JA Happ had a phenomenal game, lasting 7.1 innings and allowing just three hits. He tossed 90 pitches and proved that he should be in the starting rotation more frequently. Recently, heâ€™s been under fire for indicating that the Yankees were keeping him out of the rotation, so they don’t have to pick up his vesting option in 2021. If he makes ten starts or pitches 60 1/3 innings, they have to pay him $17 million on a one year deal next year.

The bad news, the Yankees just barely scraped out another win against a lowly Mets team.

Aroldis Chapman had a few scary moments in the ninth-inning, and Adam Ottavino gave up a game-tying homer in the eighth. Once again, the bullpen was tumultuous and cannot be relied on consistently. That makes three blown leads in the latter half of games the past two days. The Yankees had a lead four times during their seven-game losing streak, blowing all four of them and losing in the end.

The inability to produce any offense has been problematic,Â combined with skeptic pitching.