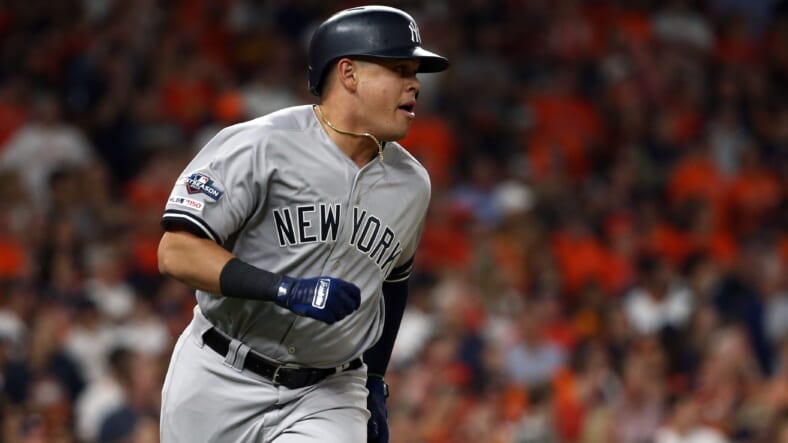 The Gio Urshela craze in 2019 was insane, as he was a breakout star who was stepping in for the young and promising Miguel Andujar. He and DJ LeMahieu led the charge as breakout stars, but the difference was that Urshela was a castaway, a minor league player at best to many organizations. DJ was already an established starter, who was an all-star and had success in Colorado. though he still exceeded many expectations in 2019. Urshela is one of the better 3rd basemen in baseball, which is saying something as the 3B position is very deep. He isn’t top 10 but he’s above average for sure and given a starting job to play he could be great in 2020. People write his 2019 off as a fluke, but to think that after looking at the numbers wouldn’t just be wrong, it’d be ignorance at it’s finest.

Giovanni Urshela averaged a 90.5 MPH exit velocity on balls hit in 2019, which was in the 76th percentile in the MLB which is very good. He also had a 40.6 hard-hit % which was good for the 60th percentile. While hitting the ball hard isn’t the way to project well as a hitter, it’s an important step as it shows that they’re not just getting lucky with hits. Urshela also had shown a lot of promise in his expected stats, with a .294 xBA, a .505 xSLG, and xWOBA of .353, which were not worse from his actual stats by much. If you factor his BB% of 5.3% you can project a slash line of (over 500 PA) of .294/.333/.504Â  in the next season which would still be very good.

Best Option At The Hot Corner

With Gleyber at SS and DJ at 2B for 2020 most likely, the third base position is best in the hands of Gio Urshela. With 1 DRS and a -3.4 UZR/150 being mediocre fielding numbers, it’s a huge improvement over Andujar’s abysmal defense with a career -25 DRS and -26 UZR/150. In 2019 Andujar had already -4 DRS (which is a cumulative stat) in only 33 innings, showing how much of a liability he is at 3B. How about offensively? Miguel Andujar’s 130 wRC+, .361 wOBA, .527 SLG, .444 xSLG, and .326 xWOBA all are worse than Gio Urshela, and the nail in the coffin is the 2.8 fWAR in 149 games for Andujar compared to Urshela’s 3.1 fWAR in 132 games. Urshela is the better defensive and offensive option by most metrics, and Andujar’s expected stats are truly concerning for the Yankees, who see Andujar’s offense as his best quality.

What To Do With Andujar

Personally platooning him at DH or LF and having him play about 100 games out of 162 would allow the Yankees to see what they have in the youngster. If he shows promise at this role he can end up with more games played in the following season. The Yankees have better options in left with Tauchman and Stanton, at 1B you have Voit and Ford. Then you have the RF position with Aaron Judge. The Yankees shouldn’t play Andujar to play him, especially over guys (like Urshela) who’s numbers are significantly better than Andujar’s.

I know this will get a lot of hate because a lot of people love Andujar more than Urshela but numbers do not lie. If we want the Yankees to win ballgames, their best chance at 3B is Urshela, now and perhaps into the future as well.