New York Yankees: Get to know the “real” Aaron Judge, find out here 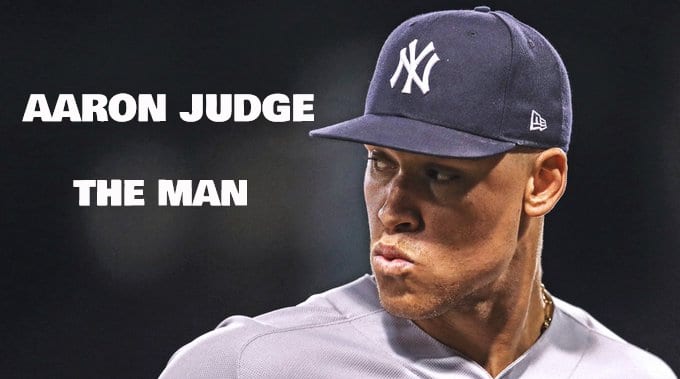 The New York Yankees and their fans are eagerly awaiting the start of the baseball season that has been delayed by the coronavirus.Â  For Yankee sportswriters, it presents somewhat of a dilemma; with no games taking place, there isn’t much to report about.Â  But, on the other hand, it has given this writer the opportunity to be more creative and delve into areas that might be overlooked in the news filled season.

I have already gone into subjects about New York Yankee history, player biographies, the consequences of the coronavirus, and many articles as to what a shorted baseball season might look like and the details that pulling off a season involves.Â  Although I’ve done a biography of Aaron Judge, today I thought I would look at his biography, not so much as Aaron Judge, the baseball player but who is the man we know as Aaron Judge.

Judge is a start outfielder and home run hitter for the New York Yankees, we know his stats, and we know of his injuries, and we know how popular he is with Yankee fans.Â  But taking a closer look at that super tall hulk of a macho man is actually a super representation of what it means to live up to the ideals of the Yankees. Â  Many think that past Yankee Star Derek Jeter was the epitome of that ideal.Â  Time will tell, but if how Aaron Judge conducts his life is an example of the man he is, he may well give Derek Jeter a run for his money.

In years past, it was difficult to get to know the players other than their performance on the field.Â  Sportswriters would report on the day’s game and the stats, but often any personal information about them only came out if they had a bar fight, got arrested, or some other publishable news. Today all that has changed.Â  Some players are very private about their private lives, and others like Aaron Judge regularly participate in social media the reveals much about their lives.

So what have we learned about that superstar Aaron Judge?Â  Obviously he’s a star baseball player, but he also loves football especially watching the playoff games.Â  He loves his friends and fellow players; he rather praise a fellow player than talk about himself.Â  He loves dogs and is a big fan of children that love baseball. He is deeper than many may think.Â  His Twitter header carries the CorinthiansÂ  “For we live by faith, not by sight.”Â  His very first post is as follows:Â

Christian. Faith, Family, then Baseball. â€œIf what you did yesterday still seems big today, then you haven’t done anything today!â€

Judge loves children.Â  He makes every attempt to greet them to sign baseballs and give them his gloves, bat, or cap. He frequently pulls them from the stands so their parents can get a photo of their child with the Yankee star.Â  Many would feel that doing this was a chore, but just watching Judge you can tell he loves it, even seeking out young Yankee fans in away parks. It is not uncommon to see him play catch with young New York Yankee fans when there is a pause in play.

Simply put, this hulk of a man is a softly and of high moral values that cherishes being a Yankee and all that that involves.Â  Below is a video of some of the many times Aaron Judge has reached out to his youngest admirers.