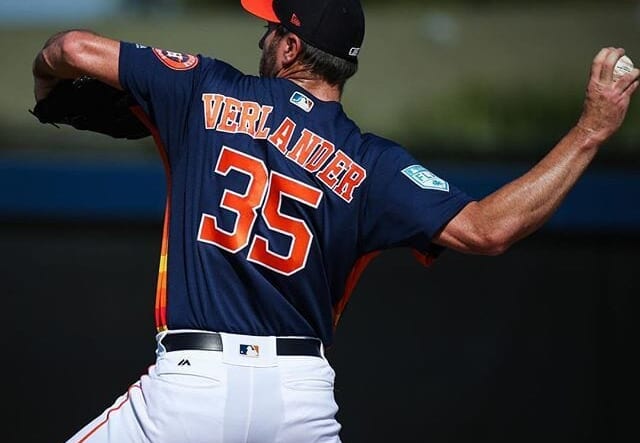 New York Yankees GM Brian Cashman said that the team would focus on upgrading shortstop along with examining first base, centerfield, and pitching this offseason. It’s clear that the Yanks intend to be very active this offseason.

This week is supposed to be an action-packed week for the front office. Tomorrow, we have the deadline for players who were extended qualifying offers. Later this week, we also have the 40-Man roster deadline which will force the Yankees to make some moves.

Right now, it appears that they are looking at making a bigger trade this week that would send multiple prospects back for one player. Brian Hoch mentioned this possibility on Jomboy’s Talkin’ Yanks podcast today. That said, the Yankees appear to be focused on pitching this week.

Earlier today, we saw the news that the Angels were signing Noah Syndergaard to a one-year deal. According to Joel Sherman, the Yankees were monitoring the Syndergaard situation but it’s not known whether or not they made an offer.

However, there is one starter who they appear to be locked in on and there is mutual interest. That pitcher would be former Cy Young award winner, Justin Verlander. At the moment, Verlander appears to be the top pitching target for the Yanks.

ESPN’s Jeff Passan alluded to this yesterday in saying that the Yankees might be the favorites to land Justin Verlander. The Yanks had multiple scouts in attendance to watch Verlander throw his bullpen session and they came away very impressed with what they saw.

There are rumors going around now that the Yankees are talking about a potential two-year deal with the former Cy Young winner. Verlander will be 39 years old by the time the season starts, but he’s made it clear that he intends to pitch for several more years if his arm holds up.

The Yankees seem serious about signing Verlander and Verlander appears very interested in New York. A decision could come as soon as tonight if not tomorrow, but the expectation is that we will know where Verlander is going regardless by the end of the week.

Now, one thing to keep in mind is what Noah Syndergaard signed for today. The deal he got surprised many in the industry and if he’s commanding that kind of premium, Justin Verlander is going to want more. Given the tight rope the Yankees are trying to walk, that could perhaps force them to balk at the price.

If that were to happen, I would expect New York to shift towards acquiring pitching via trades with the premiums on free agents being so high. This should be a fun week for Yankees fan and don’t be surprised if at some point you see that Verlander is going to be wearing pinstripes.