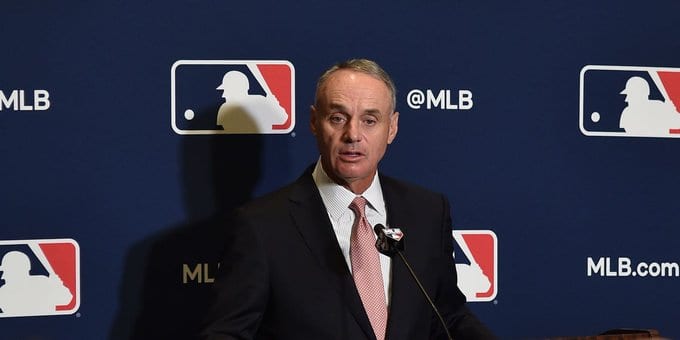 In the second game of the New York Yankees, Red Sox series a fan got a little too excited and threw a baseball that hit Red Sox outfielder Alex Verdugo in the back. As a result, the Yankees and MB have announced that fan won’t be attending any more Major League games. He has been banned for life and will no longer be allowed in any Major League park.

The fiasco started in the sixth inning of the July 17 game at Yankee Stadium. Boston’s outfielder Alex Verdugo had just crouched to get ready for the next play, and he was hit with an object in the back. Previously Verdugo had thrown a ball into the stands to a Boston fan, but a Yankee fan caught it. After turning around, he was hit and was livid, shouting back and forth from Verdugo, and fans ensued.

The game had to be delayed as Red Sox manager Alex Cora called his team briefly off the field. Umpires and coaches immediately responded by walking to the outfield to get the fiasco under control. The fan that threw the ball was identified and ejected from the game. Today MLB announced that the fan would be banned from attending any further Major League games anywhere in the country for the rest of his life.

â€œWhile the Yankees appreciate the spirit and passion of our fans in our various rivalries â€” especially with the Red Sox â€” reckless, disorderly and dangerous behavior that puts the safety of players, field staff or fellow fans in jeopardy will not be tolerated, there is no place for it at Yankee Stadium,” the Yankees said in a statement Sunday.