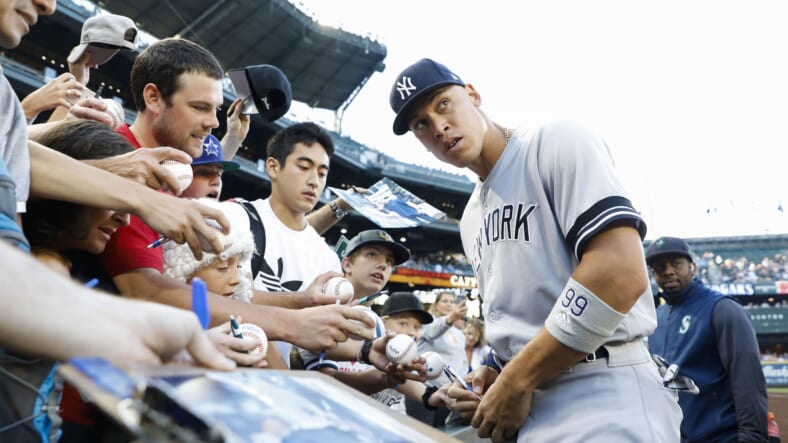 The New York Yankeeâ€™s slugger Aaron Judge burst onto the Major League scene in 2017.Â  He played in 155 games, getting 52 home runs and hitting .284 with 114 RBIs. He was heralded as the new Yankee Star, the new Mickey Mantle. He was a Silver Slugger, Rookie of the Year, All-Star, and came second in the MVP voting. However, with all of those accolades, he was never the same again, that is, until the 2021 season.

From 2018 to 2020, Judge was riddled with a myriad of injuries keeping him off the field and from performing. During those three years, he played only an average of 80 games a season. His home runs were gone, and his strikeouts stood out. He never could regain his 2017 form.

Fast forward to the 2021 season; a new healthy Aaron Judge appeared on the stage at Yankee Stadium. He has played in 137 games missing only a few games due to testing positive for Covid and a few days off. He has been the most dependable and consistent player this season. He will not reach the 52 home runs in 2017, but he does have 35 so far and the highest batting average of his career.Â  He hits some runs, singles, doubles, and gets on base. His .383 OBP is the best since 2018. Plain and simple, he has carried the Yankees on his back even during the horrid first half of the season.

During the New York Yankees’ consecutive game-winning streak, he really shined. In August, he hit .330 with an OPS of 1.021. The Yankees hoped his performance would carry into the postseason. Since then, the Yankees have stumbled, falling out of a wild-card berth, but that hasn’t stopped Judge. He is still the Yankees’ best player, and his defense and arm in the outfield, whether it’s at right or center, is a huge asset for the Yankees.

During September has 16 hits and has hit a home run in every three games. In 19 games this month, he has six home runs. His batting average has stayed between .287 and .301. With the season coming to a close, that annual question is right around the corner. Should the Yankees give Judge a long-term contract?

It seems like the answer should be simply yes, but it is far more complicated than that.

Based on his performance this year, he should certainly qualify for a contract extension. Of course, he would like to be a lifetime Yankee, but that doesn’t mean he wouldn’t follow the money. Judge is not Derek Jeter, who made it very clear that he would retire a Yankee.

The big question for both Judge and the Yankees’ front office is what kind of contract will benefit both parties. At the start of the season, Judge settled for a one-year contract for $10.175 million. In 2022 he is arbitration-eligible and will become a free agent in 2023 when he is 32 years old. The Yankees should probably act now.

Mookie Betts earns a base salary of $27M. Bryce Harper $25M. Francisco Lindor $45M. Mike Trout $36M. Examining these deals makes you wonder how much Judge is worth and will the Yankees be willing to handcuff themselves with another huge contract.

Aaron Judge has been asked if there have been any discussions about a long-term deal with the Yankees; he indicated neither he, his agent, or the Yankee front office had had any ongoing discussions. However, with the offseason coming soon, those discussions will be held. The outcome of which we probably won’t know until very late in the winter. It all boils down to if Judge wants to retire a Yankee, how little the Yankees can payout to make that happen. As talks develop, you will read about it on EmpireSportsMedia.com.

EmpireSportsMedia.com’s Columnist is a member of the Society for American Baseball Research. Follow me on Twitter @parleewilliam.