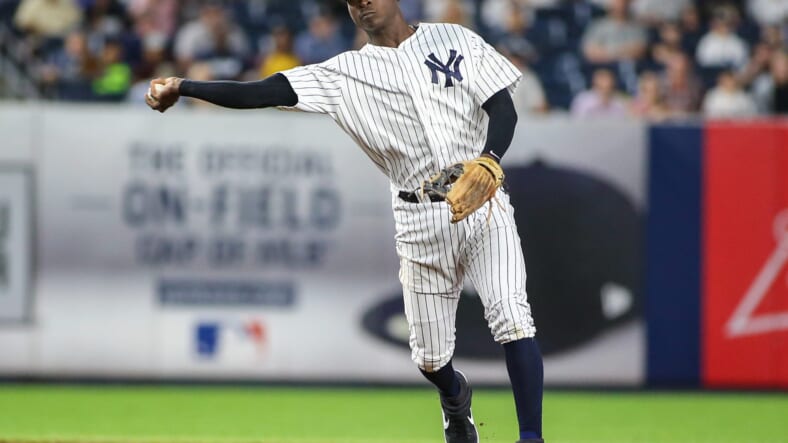 The other day, the New York Yankees announced that their all-star caliber shortstop Didi Gregorius will be returning from rehab and will play against the Cleveland Indians this weekend. However, Didi has struggled a bit in his rehab, so could it be beneficial to extend his rehab a bit, especially with the way that the Yankees are playing.

Through Tuesday’s game against the Buffalo Bison, Didi has just one hit in 21 at-bats with the SWB Railriders. In his seven at-bats with high-A Tampa, he went 2-for-7 with a home run.

Because Didi is having so much trouble hitting the ball, it may be worth keeping him in AAA for another week or so until the three week rehabilitation period has ended before calling him up. By doing that, he can keep getting more at-bats without it hurting the Yankees as much. The guys in the majors are winning, so there is no reason to rush Didi back.

Once Didi comes back, one player will be forced to leave the team, and I believe that it will be Kendrys Morales.

If you do that, DJ LeMahieu moves into a utility position, lining him up to back-up Luke Voit, or even start LeMahieu more than Voit at first and shift Voit to the DH slot. By Didi coming back, it shifts Gleyber Torres back to second, pushing out DJ from every-day second base.

Kendrys Morales just hasn’t been producing for the Yankees. He’s batting under .200 with just one home run. Don’t get me wrong though, the one home run was an absolute shot, making it up to the front row of the 400 level in right.

Because Didi is struggling a bit in his rehab, there is no reason to rush him since the Yankees are winning. It’s more important to get him locked in and symptom free before making his MLB season debut.