New York Yankees discussing Matt Chapman, what you should know 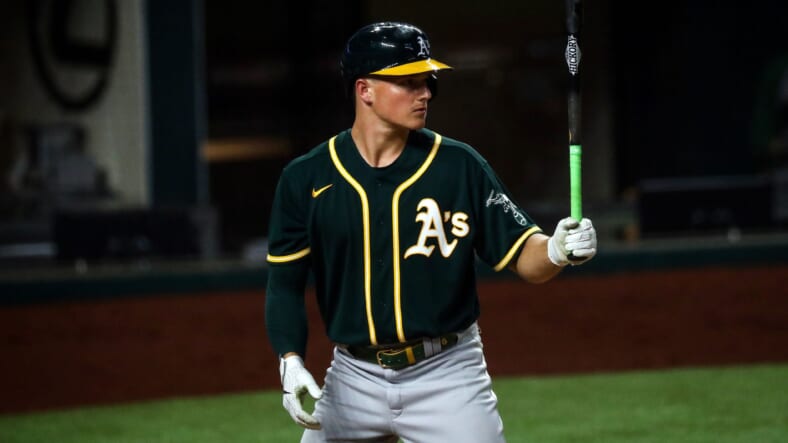 The New York Yankees‘ idea of a stop-gap measure shortstop is gaining traction as the Yankees have talks with the Oakland Athletics. The Yankees are discussing trading with the A’s for third baseman Matt Chapman and using him as a stop-gap shortstop, replacing Gleyber Torres, who is now the Yankees’ second baseman.

The Yankees, even before the conclusion of the World Series, made it known via general manager Brian Cashman and owner Hal Steinbrenner that their number one priority was to acquire a star-like shortstop to replace Torres. But it wasn’t long before they were also looking at an alternative to that, by possibly looking for a stop-gap measure to fill the position to give Anthony Volpe and Oswald Peraza time to further develop before bringing them up to Yankee Stadium.

In postseason 1.0 before the MLB lockout, the Yankees, for the most part, sat on their hands, not making any significant changes to the team. Instead, they hired a few minor league players and selected the coaching crew for the team, but did not fill any of their major needs, like shortstop, number two starting pitcher, help in centerfield, or selecting an everyday first baseman.

With the lockout and until a new Collective Bargaining Agreement can be reached, MLB front offices can’t even talk with players. But in recent news, yesterday on the Michael Kay Show, ESPN’s Buster Olney told Don La Greca that the Yankees have had internal discussions about trading for Oakland’s third baseman Matt Chapman and using him at shortstop. This seems in line with what they did last season by having players play in positions that were not natural to them.

“If I were to guess, I think they’ll end up with one of the Oakland guys. Matt Chapman, for example, maybe you acquire him to be the one-year shortstop,” Olney said. “I know he’s a third baseman, he’s exceptional, but if you added Matt Chapman, you would be improving your defense on the left side of the infield. And I know the Yankees have talked a little bit about this internally. Look, can Matt Chapman play shortstop? I think they wind up with one of those guys. Maybe it’s Olson and then they hold back and they pay Aaron Judge.”

Of course, this is still all up in the air until an agreement can be reached with the players union (MLBPA). This discussion keeps Gio Urshela at third base and sliding Chapman into the shortstop position. Chapman is an excellent defender at third base, but how the transition to short would work is anyone’s guess. Many Yankee fans learning of the discussion have already said on social media that a better move if they trade for Chapman is to keep him at third base and move Gio Urshela to short, where he performed well late in the season last year.

Last season with the Athletics, the 28-year-old righty Chapman hit only .210 but hit 27 long balls and drove in 72 runs in his Gold Glove performance at third base. He potentially could do better in the confines of Yankee Stadium.

Stay with EmpireSportsMedia.com for all the latest New York Yankee news as this story and others develop. All the information without all the hype.