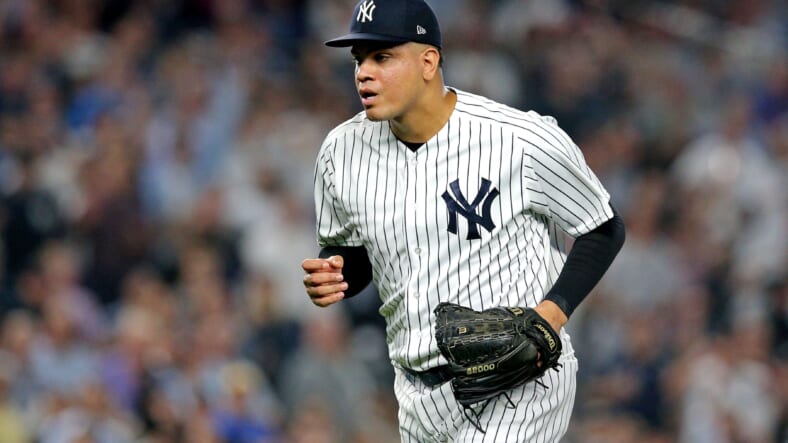 The New York Yankees lost the rubber match against the Toronto Blue Jays by a score of 6-4, but more importantly Dellin Betances and Jordan Montgomery made their season debuts.

After Chad Green opened the game with a scoreless inning, Aaron Boone handed the ball off to Jordan Montgomery. Sadly, he struggled, giving up three runs off of four hits. His outing lasted just two innings.

But, it was kinda expected for him. No guy comes back from Tommy John surgery lights out, and it takes time to get back to normal.

To begin the fourth inning, the Yankees turned to Dellin Betances. He looked really good, striking out both batters he faced. His velocity sat in the low to mid 90s, but he expects that it will be in the upper 90s again once he gets a few more appearances.

When the Yankees return home on Tuesday, Luis Severino will get the ball for his season debut. Like Betances, he had a few nagging injuries that sidelined him for most of the year.

These three pitchers are coming back at just the right time for the Yankees. With just 11 games left in the regular season, it gives them enough time to get locked in and ready for the postseason.Â It could actually benefit the Yankees having a few fresher arms on their postseason roster.

It’s great that everyone is coming back and healthy. Giancarlo Stanton will be after Severino, and who knows, one of the guys that missed all season may end up being the World Series hero.