New York Yankees: Could JA Happ be on the move this offseason? 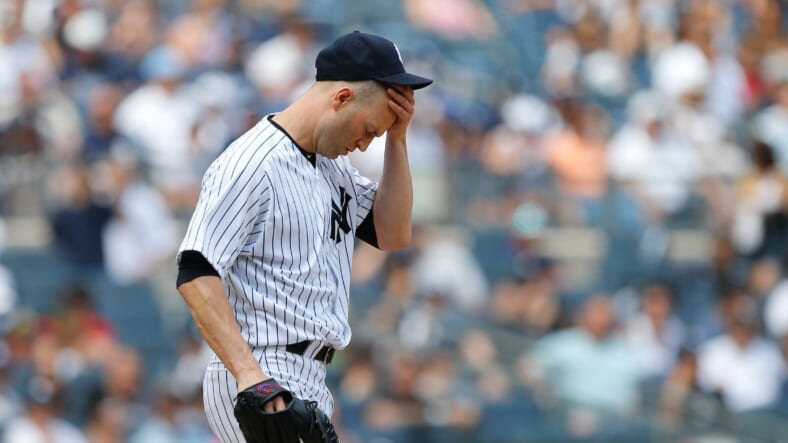 After having a decent year with the New York Yankees and struggling with staying consistent, J.A. Happ is believed to possibly find himself with a new club next season.

Happ is currently signed to a 2-year $34 million dollar contract where he’s heading into his second year this season. Since the Yankees have already made it clear that they are going after Gerrit Cole and Stephen Strasburg, they are going to need to pay up if they want a shot at landing one of those guys. Something that could be considered is trading away Happ to get off his contract and give that money to one of those two big free agents.

Brian Cashman has said that teams have made it clear that they are interested in Miguel Andujar, so a package deal of Happ and Andujar is possible as well. I wouldn’t want to see this happen unless we were getting a player like Cole. Trading away Happ could be a good idea since he’s been mediocre with the Yankees, but Andujar has too much potential to just let him go this early – again unless we would be getting a premier player to replace him.

Trading Happ to open up payroll is probably the best idea for the Yankees. After putting up a 4.91 ERA and a 12-8 record, he wasn’t what the New York Yankees needed out of their left-hander. After being put into the bullpen for the postseason, Happ had just 3.2 innings of work.

Letting Happ finish out his contract with the Yankees wouldn’t be the worst thing either. One more year for $17 million isn’t huge for the Yanks, but anything more that could be offered to Cole or Strasburg is huge.