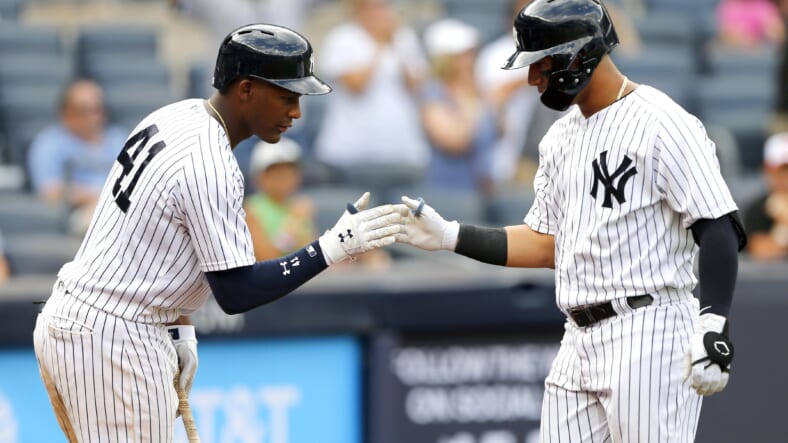 What do you receive when you combine a dominant performance from Masahiro Tanaka and a slugfest from the offense? You receive a tremendous victory and clinch the AL East in 2019. This is the first time the New York Yankees have clinched the division since the 2012 season and settled for the Wild Card spot three times since then.

Masahiro Tanaka was next to flawless on Thursday night vs the Anaheim Angels. He pitched 7 strong innings, giving up 4 hits, 1 run and striking out 6 batters on 86 pitches. His split-finger fastball, slider and the rest of his pitch selection were extraordinary. Without a doubt, Tanaka looked fierce and is back in playoff mode. Cory Gearrin and Aroldis Chapman closed the game out with a combined 2 innings pitched and gave up 1 hit, no runs and struck out 2 batters on 31 pitches.

As Tanaka continued to deal with absolute control, the offense recorded 2 more runs in the bottom of the 6th. Gardner, who is having the best season of his career and has been scorching-hot in the month of September, smoked a 2-run double into right field and granting the Yanks with a 6-1 lead.

The Yankees exited the baseball diamond as the victors, defeating the Halos 9-1. They’re now the 2nd team this season to reach 100 wins and possess a 100-54 (.649) record. Aaron Boone is now the 2nd manager in MLB history to rack up 200 or more wins in his 1st 2 seasons. Ralph Houk is the only manager with more wins, who acquired 205 from 1961-1962. The Bronx Bombers also possess 14 AL East titles since 1995. Every other organization in the division owns a combined 11 titles since then.