New York Yankees: CC Sabathia Has Another Early Exit Due to Knee Again 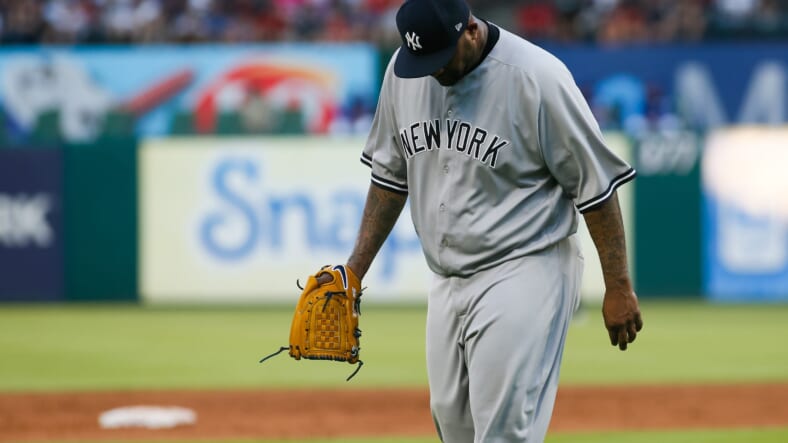 CC Sabathia has left tonight's game after three innings, and Luis Cessa is now on the mound.

No additional tests were scheduled, the team reported, probably because they’ve seen this all season and know what is wrong. However, Sabathia will most likely be sidelined for a few days potentially being added to the injured list again. The left-hander had several surgeries on his knee during his career and had it drained at the beginning of the season.

Sabathia pitched through three full innings Saturday allowed two runs on one hit. In 48 pitches, he fanned two while walking two. Sabathia is currently credited to a 4.90+ ERA and holds a 5-8 record.

The 39-year old plans to have his knee drained again and is considering getting a cortisone shot. He believes he’ll be back on the mound again this season. Knowing that this is his final year, Sabathia will most likely do anything he can do keep pitching in pinstripes.

Sabathia mentioned that his knee was hurting him all night and was getting worse every pitch. He added that he began to feel the pain during the Los Angeles series while taking batting practice one day.

The New York Yankees dropped this game against the Oakland Athletics 8-2. The Yankees record stands at 88-48 while the Athletics are 78-56. This is a big series for the Yankees as the A’s are a team they could be matching up against in the postseason.