New York Yankees: Buckle up buttercup, it’s going to be a tough weekend, here’s the preview 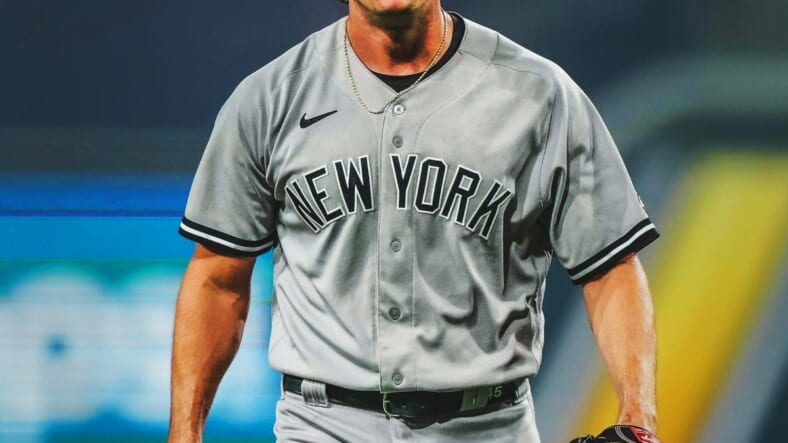 Tonight, the New York Yankees open a three-game weekend series with the Boston Red Sox at Fenway Park in Boston. This series not only revisits the oldest rivalry in sports, but it is against a team the has won seven straight games and holds the number one berth in the wild-card race. Unfortunately, the Yankees this season have won only 7 of 16 against the Red Sox.

Unless you have been sleeping under a rock for the last few weeks, the Yankees have slipped in and out of holding one of those berths in a winner take all game, that either ends the season or propels them into the divisional series. Presently they hold the number two spot with the Toronto Blue Jays nipping at their heels.

The Yankees have a gargantuan job holding onto that spot as they play the last nine games of the season with teams that are statistically equal or better than they are. The Seattle Mariners are still in the mix as well, just one game behind the Blue Jays. The Yankees have to do well this weekend, at least taking two games from the Red Sox. Tonight toward that goal, they are pitting Yankee ace, Gerrit Cole against Nathan Eovaldi in that park with the famous green monster.

Tonight the Yankees will put their best foot forward with Gerrit Cole on the mound. Cole is the Yankee ace and has won more games than any other Yankee starter. He is 15-8 with an ERA of 3.03 and an incredible 231 strikeouts on the season. Unfortunately, he is coming off his worst start of the season, a loss to the Cleveland Indians when he gave up seven runs in 5.2 innings of work with two home runs allowed. However, Cole will hope to bounce back and prop up the Yankees for a game one win. Cole is going to have to keep Rafael Devers in check. He has two homers off Cole and five RBIs this season.

Cole will face one of the best Red Sox pitchers in Nathan Eovaldi, a righty that is 10-8 with an ERA of 3.58 and 188 strikeouts. The edge in this game goes to Cole but only for a minimal margin. Eovaldi has faced the Yankees twice this season. On June 5th, he earned the 5-2 win over the Yankees. The flame thrower’s changeups mystified the Yankee hitters. On July 24th, he threw 100 pitches and left the game with a 3-0 advantage, but the Sox bullpen blew it when the Yankees came roaring back in the 8th led by Brett Gardner to win it over the Sox 4-3. DJ LeMahieu and Aaron Judge have had Eovaldis number all season long. Both with batting averages over .368.

Tonight’s game will be televised in the New York area in WPIX and its affiliates, NESN, and nationally on ESPN.

Saturday will be another tough matchup when relief pitcher turned starter Nestor Cortes Jr. takes the mound for the Yankees. For the most part, other than a few hiccups along the way, Cortes has been brilliant for the Yankees, much more than his stats would suggest. He is a lefty that is 2-2 with a low 2.79 ERA and 94 strikeouts. He has faced the Red Sox twice this season, both no-decisions. He is coming off three of his best outings in a row also for no-decisions. He achieved a season-high 11 strikeouts in a September 15 game.

Cortez will battle for the win against righty Nick Pivetta who is 9-7 with a 4.63 ERA and 159 strikeouts. His sixth loss of the season was against the New York Yankees on August 18th. Anthony Rizzo has six RBI’s off him, and Giancarlo Stanton and Gary Sanchez have been Pivetta killers. Saturday’s game will be on the YES Network, NESN, and MLBN out of the market.

The Yankees will send Jordan Montgomery to the mound for the series finale, and the last time the two teams will meet up in the regular season. “Monty” is 6-6 with an ERA of 3.55 and 155 strikeouts. Montgomery is one of two Yankees pitchers that have gotten the least run support in his starts stunting his record. Montgomery is coming off a win against the Rangers and had a season-high 12 strikeouts against the Orioles. Monty will have to be careful with Xander Bogaerts; he has a .438 average off him in 24 at-bats.

Montgomery will face the Boston Red Sox ace Eduardo Rodriguez who is 11-8 with an ERA of 4.97 and 170 strikeouts. E-Rod has not had the best of seasons due to heart problems that kept him off the field in 2020. He is a force to be dealt with, however. He started the season gangbusters, winning his first 5 games in a row, but he has not been as dependable since then, winning only 5 more games in the next three months. Gleyber Torres has hit 3 homers off him, while Joey Gallo generated two long balls in just six at-bats.

The Sunday evening game will be broadcast nationally only on ESPN.