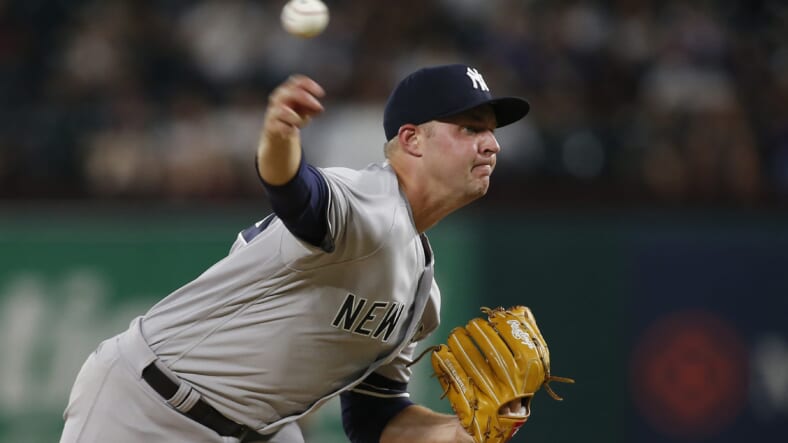 With the signing of Gerrit Cole this offseason, the starting pitching rotation now features one of the best pitchers in baseball, and while the front end of the unit is stacked full of talent, the back end is reliable.Â The return of Jordan Montgomery offers the New York Yankees an optimistic arm as the No. pitcher in the rotation, that’s if J.A. Happ continues to plummet down the rankings.

Beyond Happ and Montgomery, Domingo German will eventually return after serving a 62 game suspension to begin the 2020 season, and he will battle it out for a spot at the bottom of the rotation as well. With the influx of talent in the starting unit, it leaves the bullpen up for interpretation, and it’s where an option like Michael King might work his way in next season.

The departure of both Dellin Betances and Nestor Cortes Jr. leaves a spot open for the taking, and King could fit the bill nicely if he can prove to be a consistent option. Spring training should give us a solid idea of what he’s capable of and if he can be trusted during the regular season.

What should the New York Yankees expect from Michael King?

The 24-year-old righty quickly worked his way through the Yankees’ farm system in 2019, and he likely would have made his first appearance in the Bronx if not for elbow discomfort.

The Yankees shouldn’t expect much out of King in 2020, despite his rise through the ranks. He has an above-average ground-ball rate, which is very prevalent in the Yankees’ pitching corps. Good infield defense is a priority with pitchers boasting high ground-ball numbers.

While King projects as a back-end starter, spending time in the bullpen is a reality, he will likely endure for the next few seasons. However, it will give him the proper development time and experience against big-league hitters. Considering the lack of depth in the bullpen, it’s possible King plays a more prominent part than expected.