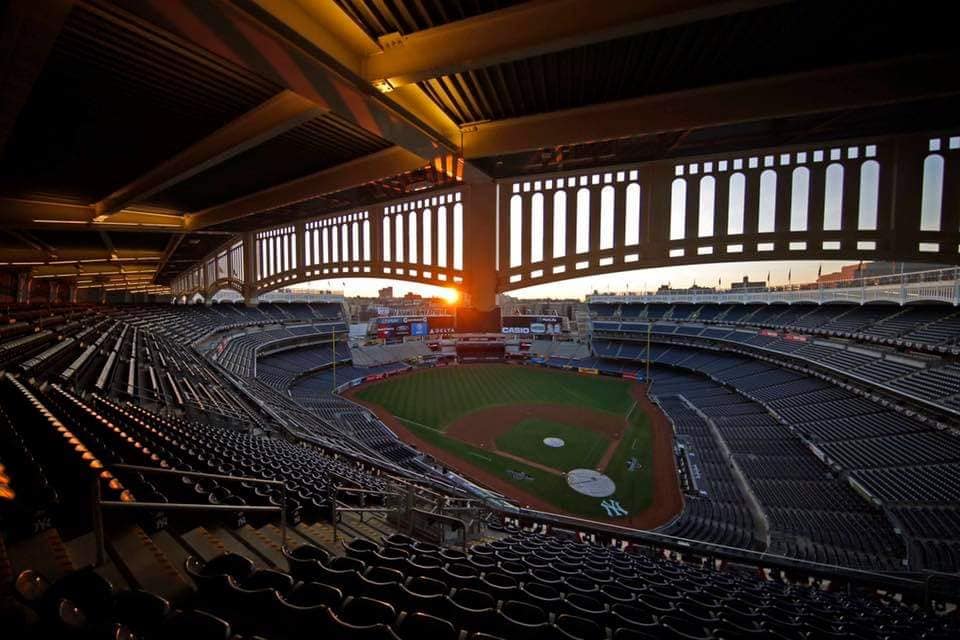 What does a Clubhouse Manager do?

Without an effective clubhouse guy, the team cannot function. He is in charge of the clubhouse and all that that entails. The team needs uniforms, bats, balls, and a clean functioning environment daily, no matter where they are playing. This huge job has been the priority of the sometimes called equipment manager Rob Cucuzzo for the last 36 years. He and his brother Lou reign supreme over the Yankee clubhouse.

If you have ever wondered where all those bats, balls, uniforms, gloves, buckets of Gatorade, boxes of bubble gum, and sunflower seeds come from when they play anywhere, you can be sure that Cucuzzo and his crew have had their hands on them. They are responsible for everything from having clean, fresh uniforms daily to keep mold off the shower walls.

The duties are far too many to mention, but just what’s involved in having uniforms ready is mind-boggling. Cucuzzo doesn’t wash the uniforms; that’s the job of a vendor in New Rochelle. But when those uniforms come back fresh and clean, a number of these have to reach correctly to each player’s locker. If that isn’t a difficult enough task when a new player comes up or Joey Gallo is added to the roster, they have to have a correcting fitting jersey and pants. Finally, they have to be assigned a number that has to be pressed onto the new uniforms.

As big a job as the uniforms may seem to be; it is only the tip of the iceberg. Cucuzzo is responsible for getting all the equipment and supplies it may need to anywhere the Yankees may play. Oh, and by the way, that includes getting the supplies to all the minor league teams as well.

Then, of course, there is the bubble gum, sunflower seeds, Gator Aid, ice, towels, sweatshirts, Jackets, ski masks, gloves, and did I mention all the special requests of each Yankee player?

Cucuzza gets little notice for his job, yet he is a critical part of the New York Yankees. And when one of the Yankees breaks a bat and the batboy searches for a new bat in the rack, doesnâ€™t find one, and scurries back into the clubhouse, donâ€™t worry. Cucuzza is always looking ahead, and we can be sure the batboy will come running up to the player with a replacement bat found stacked neatly in the playerâ€™s locker.

An unheralded Yankee, Rob Cucuzza, proves thereâ€™s more to a winning team than meets the eye.

If you ever wondered how the Yankees get from series to series, have food to eat and a place to stay, that’s the job of Ben Tuliebitz. He is the Yankees traveling secretary. He is responsible for the safety and comfort of dozens of Yankee players and staff and getting them there on time.

Most of his work is done months ahead, but sometimes he has to arrange everything in just hours when there is a quick change of events. 2020 was a nightmare for Tuliebitz when plans could be changed with nearly no notice amid the coronavirus.

For a typical game, Tuliebitz has to arrange for a Delta charter to be at the airport a few hours after completing a game to take the team and staff to the next venue. He has to arrange for food on the plane and any special needs. He has also to secure a hotel that is safe and secure for the team. Finally, he arranges transportation between that hotel and the play site.

He also, in many instances, has to arrange for an advanced staff of clubhouse attendants to travel to the next play site to prepare the clubhouse for the game. I am not even going to include in this article what a nightmare spring training is for Tuliebitz.

Luckily for the Yankees, Tuliebitz is an expert in his job; he is an eighteen-year veteran with the Yankees; he knows many people and can pull strings when necessary. If you travel yourself, you know the problems that can pop up. Have you ever been stuck on the tarmac for an hour or more? Those kinds of things happen to the Yankees as well, but Tuliebitz, in many instances, can make a call at 1 am and make the problem go away.

Tuliebitz has to deal with many last-minute details. One comes to mind Aaron Judge was in Rochester with his family, but the Yankees needed Judge to start a game the next day. There were two fights out of Rochester, but neither would arrive in time for him to start the game. So he and his family piled into a car and drove. Tuliebitz had to arrange reservations at 2 am for a hotel in New Jersey where Judge and his family could get a few hours of sleep before the game. All in a day’s work for Tuliebitz.

Tuliebitiz also has to deal with all the different personalities. He knows what players need to have in their contracts, which players will need a suite and which don’t. He also has to deal with the entourages that travel with some players like family. While many clubs go with big-box hotels, the Yankees usually chose smaller venues where they can guarantee the safety of players and assure that fans will not be knocking at their doors at all hours of the night.

This might give you a slight insight into two critical Yankee jobs that contribute to a smooth-running team. Rob Cucuzza and Ben Tuliebitz are two annual MVPs for the New York Yankees. In a future article, I will highlight the job of the Yankee batboy and the nutritionist that works to make the Yankees players healthy.