New York Yankees: Back at the Stadium, preview of the Baltimore Oriole series 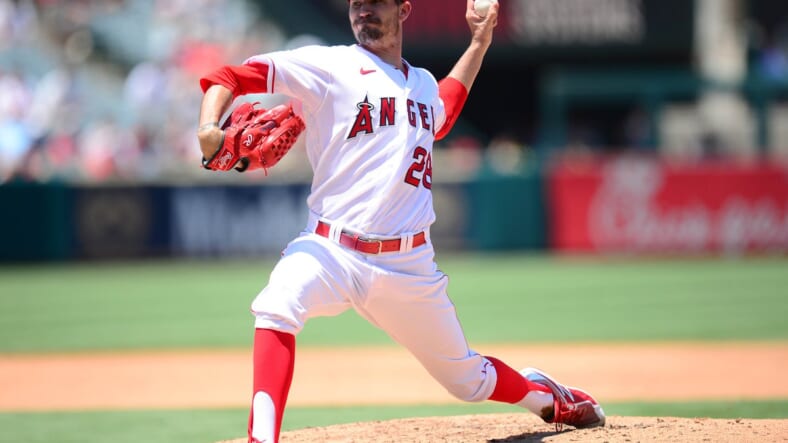 The New York Yankees are coming off a successful road trip, winning 6 of the 10 games. The Yankees won one of four against the Red Sox, two of three against the Tampa Bay Rays, and a 3 game sweep of the Miami Marlins. The Yankees being 7 games back in the AL East and fighting for a wild card slot; every game can be an important step forward in that goal. The Yankees must win over the teams that they should beat. The Baltimore series that starts today is one of the series. The Yankees will hope to sweep the series at the Stadium in the Bronx.

For the first time at home, Yankee fans will get to see the new Yankee look, with the addition of Anthony Rizzo, Joey Gallo in the lineup, and 3 new pitchers, including Andrew Heaney, who will start tonight’s first game. Tonight will be an exciting game for Yankees fans that had almost lost faith in their team; now, the Yankees look hopeful that they can pull out the season.

Tonight the New York Yankees fans will get to see their new starter, Andrew Heaney; he is a lefty that is 6-7 with an ERA of 5.27 and a very respectable 113 strikeouts. Heaney comes to us from the Los Angeles Angels, where he has made 102 starts since 2015 going 30-33 over the span. Heaney has been better than his traditional numbers might suggest. His K%-BB% is ninth in the AL among 43 pitchers whoâ€™ve logged a minimum of 90 innings (just ahead of Lance Lynn, Nathan Eovaldi, and BerrÃ­os). The Yankees hope at the very least he can be a back-of-the-rotation starter for them and can make spot starts when needed.

Heaney will face the Baltimore Orioles’ Jorge Lopez, a righty that is 2-12 with an ERA of 6.19 and 90 strikeouts. The Orioles have won his last three starts even though he is coming off his worst game of the season. In his Miami Marlin start, he went only two innings giving up five earned runs. Several Yankee players have hit well off of Lopez, including Brett Gardner and DJ LeMahieu, but Aaron Judge has Lopez’s number. In 3 at-bats, Judge has hit two home runs.

Tuesday night’s game will feature Yankee ace Gerrit Cole on the mound at Yankee Stadium. Cole is 10-6 with an ERA of 3.11 and an incredible league-leading 176 strikeouts. However, he is coming off two disappointing losses. One against the Red Sox and the last against the Tampa Bay Rays when he gave up 7 earned runs in just five innings, throwing 105 pitches and struggle mightily. The Yankee hope he will bounce back and get a win over the Orioles.

Cole will face the Orioles Alexander Wells, a lefty that is 1-1 with an ERA of 5.28 and 12 strikeouts in four games pitched. Wells is coming off two straight losses, one to the Tampa Bay Rays and, more recently, one to the Detroit Tigers. In those two games, he gave up seven earned runs. He also walks hitters more than the league average. However, he will have some advantage over the Yankees hitters, as they have never seen him pitch.

Jameson Taillon will start Wednesday night’s game at the Stadium. He is 7-4 with an ERA of 4.11 with 98 strikeouts. Taillon is quickly becoming the Yankee’s best pitcher. After a slow start to the season after not pitching for nearly two years due to two Tommy John surgeries, Taillon is gaining the confidence of manager Aaron Boone. The Yankees have won six of his last seven starts. He is coming off a 3-1 win over the Miami Marlins when he threw 98 pitches, not allowing a run.

Taillon will face the Orioles’ Matt Harvey that the Yankees hitters are very familiar with. Harvey has made the rounds pitching for the Mets, the Reds, the Angels, the Royals, and now the Orioles.Â  He has not been what the Orioles’ hoped for; he is 6-10 with an elevated 6.20 ERA. However, his last three games are among his best of the season, going into the sixth inning in all three games with the Orioles winning all three. Gio Urshela and DJ LeMahieu have both hit well off Harvey, but strangely Anthony Rizzo has faced him twelve times only with a .083 batting average.

All three Baltimore Oriole games will be broadcast on the YES Network and in Baltimore on MASN. The Tuesday night game will also be on MLBN out of market.