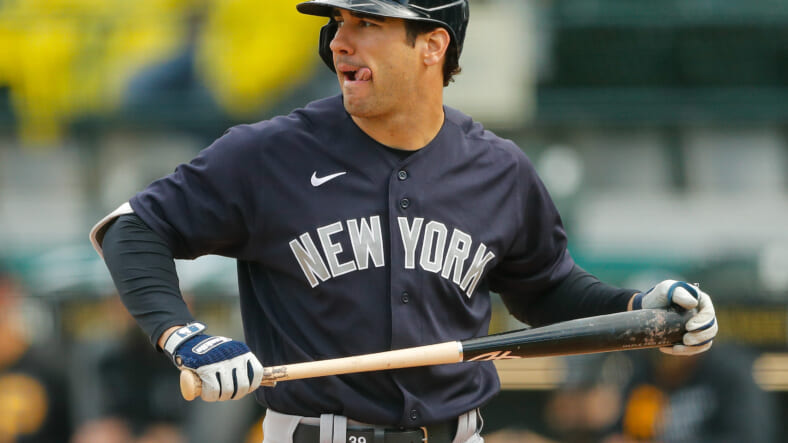 With the New York Yankees expected to have a four-man bench, they are approaching decision-making time. On February 13th, they signed outfielder/first baseman Jay Bruce to a minor league deal with an invitation to spring training.

The deal, however, has an opt-out clause due today, March 25. If Bruce activates it, the Yankees have a couple of days to add him to the roster or release him. A decision, therefore, is expected later today.

What Bruce and the Yankees decide will have repercussions on the rest of the roster, as four men are currently fighting for two spots. Backup catcher Kyle Higashioka and reserve outfielder Brett Gardner are pretty much roster locks, leaving a couple of sports to Bruce, Mike Tauchman, Tyler Wade, and Derek Dietrich.

If they end up keeping Bruce, the New York Yankees could shop Tauchman, the most desirable asset of the foursome, to other teams.

The Yankees could move Tauchman

In fact, SNY’s Andy Martino reported on Thursday morning that the Yankees are “receiving trade interest” on Tauchman, who had a bad season in 2020 but had a 128 wRC+ and 13 homers in limited action during the 2019 campaign, boasting elite outfield defense.

Martino added that the Yankees are “valuing him at his 2019 levels of production,” not his poor 2020, implying that they wonâ€™t give him away for nothing.

Per the writer, the asking price could be “a controllable reliever or another piece of real value.”

Bruce started the spring hitting 4-for-6, but has been a bit cold since. Dietrich also has a low average but has worked plenty of walks. Wade is the only one who can play shortstop on the roster besides Gleyber Torres, so he should get one of the two spots.

Expect a decision to come in the next few hours, as the Yankees try to trim their roster.