New York Yankees are almost set: 3 targets to top off then the bullpen, must read 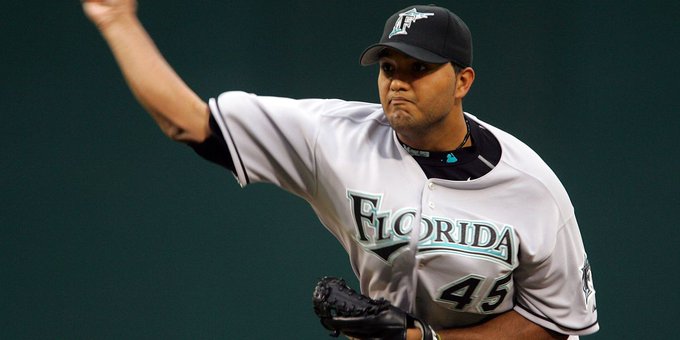 The New York Yankees have made some dramatic moves after being mostly silent during the first two months of the offseason. Last week they re-signed baseballs’ batting champ DJ LeMahieu to a six-year deal worth $90 million that gave DJ the security he wanted and at the same time saved the Yankees money annually. Once they had that deal on the books, they immediately signed Cy Young Award winner Corey Kluber. A few days later, they traded for the Pittsburgh Pirate pitcher Jameson Taillon. The Yankees still have a few dollars left ($6+M); it is assumed their next improvement area will be the bullpen.

As it stands today, the New York Yankees have assembled one of the best baseball teams and arguably the best power lineup in the game. But by trading Adam Ottavino to the Red Sox and the loss of Tommy Kahnle, the Yankees have some holes to fill in the bullpen. Chad Green, Zack Britton, and Aroldis Chapman are the only reliable arms in the pen. Earlier in the offseason, they did bring back Adam Warren and Nestor Cortes Jr. They also have Luis Cessa, Ben Heller, and Jonathan Loaisiga, who can be lights out when they are on but tend to be inconsistent. The bottom line is that they need one or two versatile relief arms, although Nick Nelson could be a surprise in 2020.

Some of the big-name relievers have already signed with other teams. The biggest name out there is Brad Hand. Hand would be perfect for the Yankees, but he is likely not an option for the Yankees unless they want to go over the tax threshold with him signing with the Nats they won’t have to make that decision. Next in line are Liam Hendriks, Kirby Yates, and Archie Bradley, they have signed with other teams, Hindriks to the White Sox,  Yates to the Blue Jays, and Bradley to the Phillies. The Yankees would have to trade prospects to pry them away from their new teams. Not likely.

Nevertheless, there are still a huge number of unsigned free-agent relievers out there. Many don’t fit Yankee Stadium very well. Here are a few possible economical targets for the New York Yankees that make sense:

If the Yankees want a sure thing that they know can pitch at Yankee Stadium, they could bring back old friend Justin Wilson. In 2015 Wilson pitched for the Yankees. He dominated out of the bullpen with a record of 3.10 ERA in 61 innings with a 2.69 FIP. He has a 3.27 ERA and a 3.34 FIP in his career, with almost 10 strikeouts per every nine frames. He is experienced, he is talented, and he can get both lefties and righties out.

Jake is a ten-year veteran reliever with five excellent years with the Tampa Bay Rays, but he was traded to the Colorado Rockies in 2016, and he basically fell apart. Apparently, the thin air at Coors Field that is nearly a mile above sea level didn’t agree with him. He went 4-11 with an ERA of 4.68 over four years.

In 2020 he was traded to the Los Angeles Dodgers, and he was reborn. He was magnificent, going 3-1 with a tiny ERA of just 2.66 in 24 games, showing he apparently still has a lot in the tank. What makes this even more remarkable is that he did this in a season when many relievers didn’t have good years, and he did it in a high-pressure big market. However, he gave up a run in the NLCS and pitched a clean inning in the World Series.

Petit would bring an unusual arm to the New York Yankees bullpen; he is not a power pitcher like most Yankee pitchers. He is a command freak. His game is a mix of pitches and near-total command. Petit is the oldest of the group I am suggesting; he is 36 this year and in his 14th year in the majors. If the Yankees are looking for a strikeout king, Petit is not their man; he gets just over eight per nine innings.

Yusmeiro Petit is not a flame thrower; he is a true pitcher. He gets the job done with impressive command and a four-pitch arsenal, and his pinpoint command. In 2020, he relied primarily on his Fourseam Fastball (89mph) and Cutter (85mph), also mixing in a Change (82mph) and Curve (75mph). … His curve has little depth, results in somewhat more flyballs than many pitchers. He is a workhorse; in 2019, he pitched in 80 games. In 2020 he had a minuscule 1.66 ERA, lower than any Yankee reliever. That resulted in a 2-1 record in more than half of the season games. This boy still has much to give and although his name is not spelled the same it might remind you of a great Yankee pitcher.

All of these relievers could be had from $3.5 to just over $5 million; with moving Adam Ottavino off the payroll, the Yankees have the money to sign any of these relievers. If the Yankees do not sign Brett Gardner and general manager Cashman gets creative; he could sign two of these arms to put the bullpen in great shape. My choice would be McGee and Petit for just six million dollars.

The photo accompanying the article is of Yusmeiro Petit when he was with the Florida Marlins. EmpireSportsMedia.com’s Columnist William Parlee is a member of the Society for American Baseball Research. Follow me on Twitter @parleewilliam.