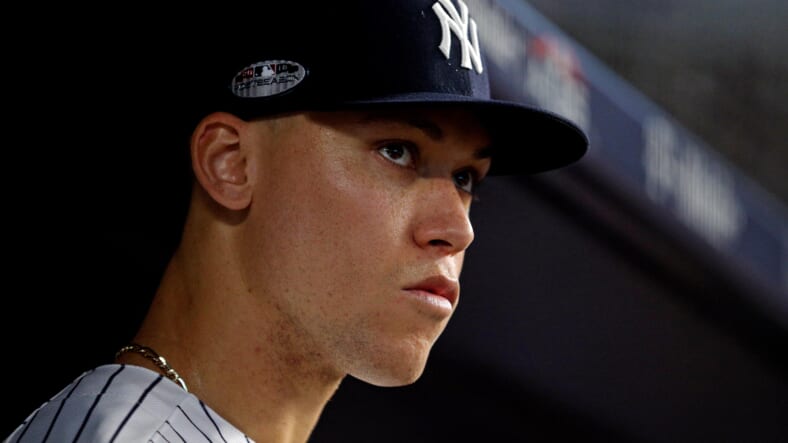 Aaron Judge, the right fielder for the New York Yankees, was nominated for the “Wilson Right Field Defensive Player of the Year” award. Many analysts, fans, and scouts overlook Â Judge’s defensive skills, mostly because he is famously known for his unprecedented power.

For his size, Judge is very athletic and swift with his feet when he defends the short porch in right. He has made numerous diving and running catches that save runs and games. His most memorable catch has to be when he robbed Francisco Lindor, the Cleveland Indians superstar short-stop, from a home run in the 2017 ALDS. He also has an absolute cannon, throwing guys out at different bases without a crow hop. He even threw a ball 100 miles per hour to nail Los Angeles Angels right fielder, Kole Calhoun, at the plate (MLB.com).

Judge’s Defense is Turning him into a Five-Tool Player

In his career, Judge has played a total of 350 games in right field, with a .987 fielding percentage (Baseball Reference). An outfielder has much more ground to cover, allowing for a more considerable margin for error, but that is a pretty good percentage. This season, in 92 games, he did not have a single error (Baseball Reference)! That statistic makes the award a well-deserved honor over Mookie Betts (2019 Gold Glove winner), Kole Calhoun (2019 Gold Glove runner-up), and Josh Reddick (2019 Gold Glove runner-up).

Judge has already proven his power and contact countless times, especially when hitting 52 home runs his rookie year and driving in over 100 runners. He has even shown off his speed on the basepaths by swiping bases. Now that he has received an award for his glove and arm, he should be considered a five-tool player. When fully healthy, Judge can put up 40+ home runs, 100+ RBIs, 10+ stolen bases, and a .97+ fielding percentage. If that does not prove that he can do it all, then what does?

He is still 27 years of age and has plenty of baseball left in his future. The Yankees need to build their lineup to protect Judge in the two-hole. With Stanton, Torres, and Sanchez all at full strength, this lineup can easily crush the Minnesota Twins new team home run record. The Yankees also need to manage their salary cap and make sure they can sign Judge long-term. The game has never seen a stat-cast breaking player like this before, so being a Yankee will only boost his popularity even more.