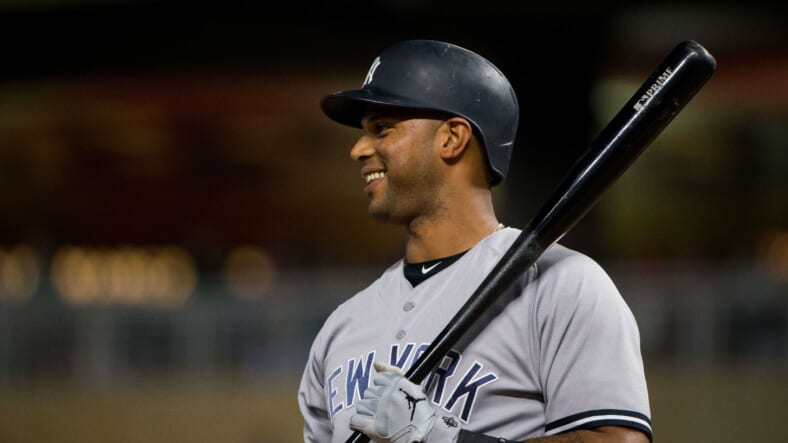 Analytics, among other things, have helped us understand the value of certain statistics and developments in a baseball field. Now, we know that batting average isn’t the be all, end all. Taking a walk is extremely valuable for an offense. Getting on base is what starts a rally and usually results in the ultimate goal of a batting order: score runs. The New York Yankees have quite a few batters willing to take a base this way.

And that is fantastic, because they also have several sluggers and capable hitters ready to bring them home. Overall, the Yankees had one of the lowest chase rates in all baseball. They are good at laying off bad pitches and offering at good ones.

When it comes to walks and OBP, the New York Yankees have one of the very best in the major leagues in Aaron Hicks. His batting average may not be flashy at all, as he finished the short 2020 season with a .225 mark. But when you look at his OBP of .379, and you see him ranked 18th in that stat, you should be amazed at the amount of bases on balls he was able to take.

The Yankees have a good one in Hicks

Aaron Hicks, usually deployed at the third spot (he should be batting first with that on-base skills) had a 19.4 BB%, which was the third best register in MLB and the best in the American League. Only Juan Soto and Bryce Harper had a higher mark, and that’s not too shabby. Not shabby at all.

His .225/.379/.414 slash line and .351 wOBA were enough for comfortably above-average production from the Yankees’ center fielder, who finished with a 123 wRC+. In 54 games, he hit six home runs and stole two bases. His biggest contributions to the Bombers, however, was that beautiful walk percentage.

Let’s also consider the fact that this was the first season Hicks played while returning from Tommy John surgery. There is a chance that he grows more comfortable at the plate next season and his offensive output improves. He should get more appreciation as one of the Yankees’ most consistent performers.