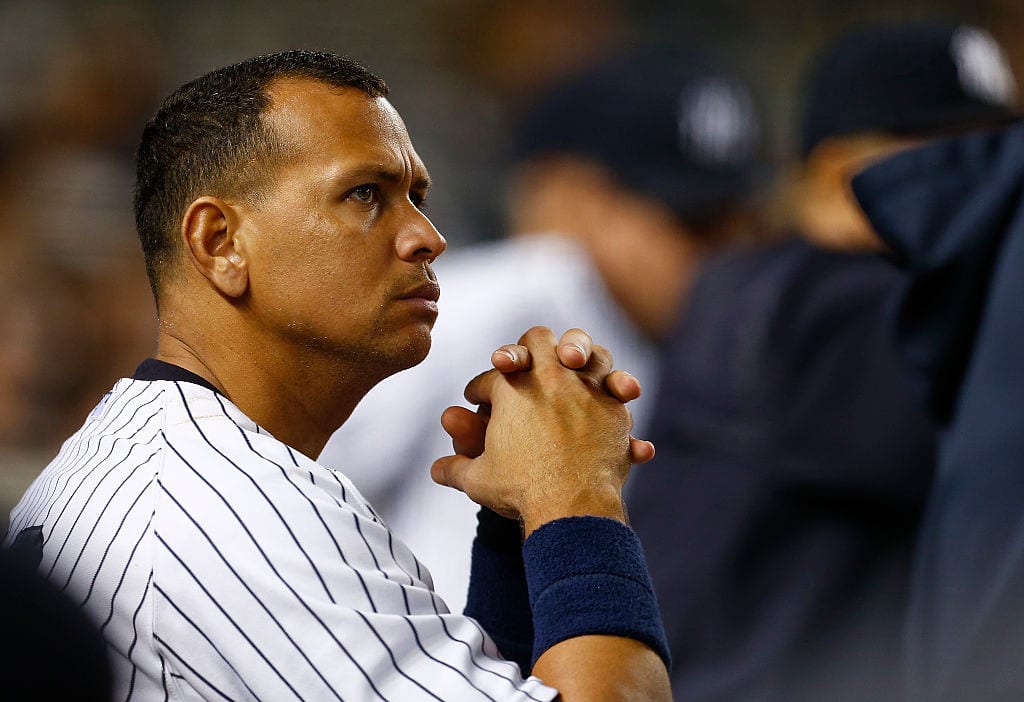 In the fifth installment of my top 10 New York Yankees series, I give my choices for the top 10 Yankee third baseman of all time.Â  The Yankees, in their glorious history, have many of the best players ever to play in their positions in the history of MLB.Â  Previous installments have featured the top ten pitchers, catchers, 1st, and 2nd baseman.

Aaron Boone was an average player and didn’t play but part of one season with the New York Yankees.Â  His claim to fame includes playing injury-free for two years of his career while racking up 322 games within the two years, but they weren’t with the Yankees.Â  The only reason he makes this list at all is that as a 3rd baseman for the Yankees, he had one of the most iconic moments in baseball history.Â  In 2003 his home run to left field at Fenway Park brought the Yankees to the 2003 World Series.Â  The walk-off home run in the eleventh inning is generally considered the ninth-best home run in baseball history by Baseball Tonight.

Baker was a well known Yankee getting his nickname from his timely home runs as Phillie.Â  He got 96 home runs in his career, which is not a lot by today’s standards, but in his period of play from 1908 on, it was a lot.Â  More specifically, his home runs won a lot of games, including postseason games.Â  With the Yankees, he was an excellent .942 defender of the hot corner.Â  He also had a .288 average with the Yankees.

Clete Boyer as a Yankee fan-favorite between 1959-1966.Â  Boyer would have been a national star at third except that he played at the same time as Brooks Robinson on of MLB’s greatest third baseman.Â  He wasn’t as good a hitter as Boggs or Brosius be his defense was second only to Robinson. He had 25 home runs as a Yankee and batted .243

Gil would be rated considerably higher in this list if it wasn’t for manager Casey Stengel penchant for platooning players.Â  McDougald played much of his time at second base while with the Yankees and is in the top 10 in that position as well.Â  He won an All-Star nod in 1952 at third.Â  The reason he places lower than Scott Brosius is because of his World Series stats.Â  McDougald hit .237 in World Series play, and Brosius hit .314.

Scott Brosius was another New York Yankee fan favorite.Â  He played during the dynasty years from 1998 to 2001. During his four years with the Yankees, he hit 65 home runs and batted .267.Â  The Yankees reached the World Series all four years during his stint with the Yankees.Â  He was stellar at third, but his claim to fame is his postseason stats.Â  In the 1998 ALDS and ALCS, he hit .350.Â  But in the World Series that year, he hit .417 and was named most valuable player.Â  All tolled in postseason play, he hit eight home runs and drove in 30.

Boggs might be at the top of this list, but he is known mostly as a Boston Red Sox.Â  He played only five of his 18 seasons with the Yankees.Â  Those five years were impactful not only for his defense at 3rd but for a .313 batting average as a Yankee. In his first four years with the Yankees, he hit over .300 and was an All-Star each of those years.Â  He also won two Gold Glove awards while he was a Yankee

In most of his years with the Yankees, he led off due to his hitting and walking abilities.Â  Like the present DJ LeMahieu, he found a way to get on base. To set the stage for the 1996 World Series, the Yankees had lost the first two games at Yankee Stadium, then won three in a row in Atlanta. Back at Yankee Stadium, the Yankee had two chances to win the World Series.Â  They didn’t need it as they won game six against the Braves.Â  Boggs walked in the three-run third inning, and that was all the Yankees needed.Â  During the Championship celebration, Boggs left the dogpile in one of the most iconic moments in Yankee history, jumped on the back of one of the police horses, and rounded the warning track in celebration of the victory.

Graig Nettles won of the finest defenders at the hot corner. He won two Gold Gloves at the position but was another player that was overshadowed by Brooks Robinson often considered the best 3rd baseman in all of baseball history.Â  Graig played an incredible 22 years, 11 with the New York Yankees.Â  Although not the best hitter on the club, he did hit 250 home runs as a Yankee.Â  Nettlesâ€™Â Game ThreeÂ defensive performance in the 1978 World Series was as good a post-season game as any fielder ever had.

Nettles sizzled in the 1981 American League Championship Series, going 6-for-12 with 9 RBI in just three games and being named MVP.Â  His defensive and offensive leadership brought the Yankees two world championships, two more A.L. championships and a fifth division title from 1976 to 1981.Â  He is a frequent participant in the Yankee Old Timers Day celebrations.

My number one pick for the best New York Yankee 3rd baseman will be somewhat controversial, but I can deal with that.Â  Many would exclude Alex Rodriguez as the top player or even exclude him from the list due to his involvement in performance-enhancing drugs.Â  I am not considering that and only looking at his performance at the hot corner while with the Yankees.

This writer had no trouble having Alex Rodriguez top the list of the best Yankees third baseman.Â  He is one of the top 20 baseball players to ever play the game of baseball and is number one or two as the best shortstop to play the game.Â  Rodriguez came from the Texas Rangers, where he has his best three years stat-wise.Â  They are also the years that he was accused of doping.Â  In this writer’s opinion, if he had not doped, he still would have had superstar status throughout his career.

Graig Nettles had far more appearances at 3rd than Rodriguez, but he had over 1000 games on 3rd and was by far more productive.Â  After being an eight-year All-Star at short for the Mariners, and the Rangers, A-Rod came to the Yankees and accepted a switch to 3rd base, as the Yankees already had a star shortstop in Derek Jeter.Â  To show what a universal talent Alex was, he then became a seven-year All-Star at 3rd while becoming a Yankee MVP twice and a Silver Slugger three times. At the close of his career, he was four runs short of 700 home runs 4th all-time behind Barry Bonds (762), Hank Aaron (755) and Babe Ruth (714).

Many think that the Yankees got back at A-Rod for his suspension and somewhat bad relations by not letting him finish his 2016 season allowing him to reach 700 home runs.Â  The other punishment he will endure probably for the rest of his life is that his involvement in enhancing drugs will prevent one of the best players ever from having a place in the Baseball Hall of Fame.

Nearing the end of his 22-year career and after his suspension in 2014, he came back to the Yankees and made every effort to regain his reputation by becoming a mentor to younger players and being a leader in the clubhouse.Â  He finished his career with the Yankees with a .283 batting average and 351 home runs.

During the recent coronavirus, Rodriguez has been giving online baseball classes for children via his Instagram account.Â  He and Jennifer Lopez has partnered with their new meal-delivery company, Tiller & Hatch, and have donated an entire year’s food to the students of Jacksboro Elementary school and to stock their food pantry.

In selecting my top ten, I valued time with the club, performance as per Baseball-Reference.com.Â  Peak career performance and performance in postseason play was also a factor. Cheating by both A-Rod and Nettles was weighed.Â  Special situations like changing career positions were also a consideration.

EmpireSportsMedia.com’s Columnist William Parlee is a member of the Society for American Baseball Reseach.