New York Yankees: 4 takeaways from “Who’s your daddy” sweep of the Red Sox 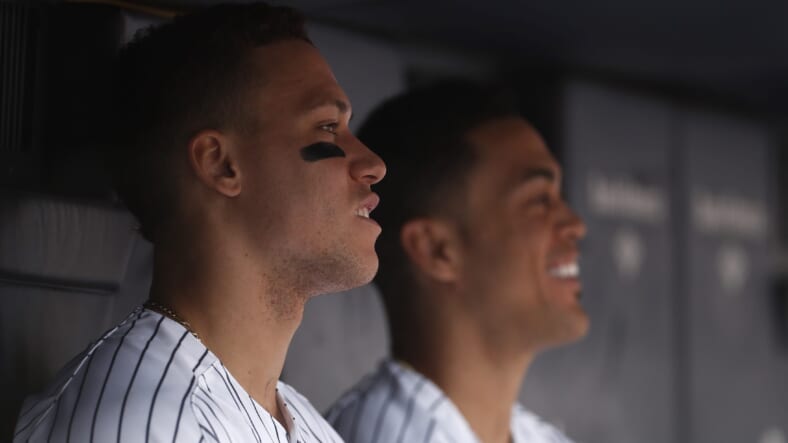 The New York Yankees, entered last night’s game at Fenway Park, looking to sweep the rival Red Sox as they looked for the home-field advantage in the wild-card race. The age-old rivalry was in full force as they looked to shame their rivals with a sweep this late in the season and knock them out of the number one spot in the wild card. In that effort, they sent Jordan Montgomery to the mound at Fenway to face the supposed ace, Eduardo Rodriguez. At the end of the night, the Yankees had achieved their goal. The Yankees won 6-3.

“Monty’ did what he needed to do

Yankee pitcher Jordan Montgomery who has suffered from a lack of run support all season, continued that trend last night. He didn’t have the luxury that Cortes Jr. had Thursday night when the Yankees scored three runs in the first inning. He got no run support through his first four innings of work. Finally, he got some in the fifth. Nevertheless, Montgomery did his job holding the Red Sox to just one run.

Following Montgomery, the amazing Clay Holmes came in and pitched a clean sixth, striking out the side in order. Joely Rodriguez fumbled in his outing, being completely wild and giving up two runs. Chad Green pitched 1.2 scoreless innings. Aroldis Chapman closed out the game with this not-so-familiar dominance.

Stanton/Judge led the Yankees to sweep

Last night in the top of the eighth inning Aaron Judge hit a double that put the Yankees ahead of the Red Sox. After the Yankees’ best defenders dropped two balls and Tyler Wade was caught stealing, LeMahieu walked. Anthony Rizzo doubled for the Yankees extra-base hit, with LeMahieu moving to third. Aaron Judge faced the new Red Sox pitcher Adam Ottavino with two on and one out and doubled, scoring two runs for the Yankees, taking the lead once again.

Giancarlo Stanton crushed another home run over the green monster in the eighth, driving in Judge for another two runs in another highlight of the night. Stanton joined Babe Ruth, Lou Gehrig, Joe DiMaggio, and Micky Mantle as the only Yankees to hit 3 home runs in one three-game series at Fenway Park. For Stanton, that was joining baseball Royalty. Stanton has been white-hot since August 3rd with a .289 average and hitting 18 home runs.

The Boston Red Sox must have been scratching their heads at the end of last night’s shame game outcome. The Yankees shamed the Red Sox in their last meeting at their own home field. The Yankees pulled out an eighth-inning win in the final game of the series for the sweep. However, the Red Sox still has the bragging rights for taking the season from the Yankees.

To add to the humiliation, In this three-game series, Giancarlo Stanton acted like a one-person team as he drove in 11 Yankee runs all by himself. The Red Sox in the three-game series only scored 9 runs total.

Yankees own the #1 wild card berth

With the win, last night the New York Yankees now own the number one berth in the wild card race knocking the Red Sox out by one run in the loss column. But the fact of the matter is that the Yankees can’t over celebrate that feat; they have a lot of work to do to hold on to it. The Red Sox and the Toronto Blue Jays, who are just one game behind, have an elementary schedule in the last week of the season; the Yankee have the most challenging schedule.

The Red Sox play the Baltimore Orioles and the Toronto Blue Jays. Then, the Blue Jays play the Red Sox and the Orioles. Then, the Yankees have to play the Toronto Blue Jays at Roger’s Center starting tomorrow and finally the Tampa Bay Rays to close out the season at Yankee Stadium. The bottom line is that the Yankees will have to play their hearts out, win almost every game if they have any hope of reaching the AL Championship series, and even more to obtain their long-awaited 28th World Championship.