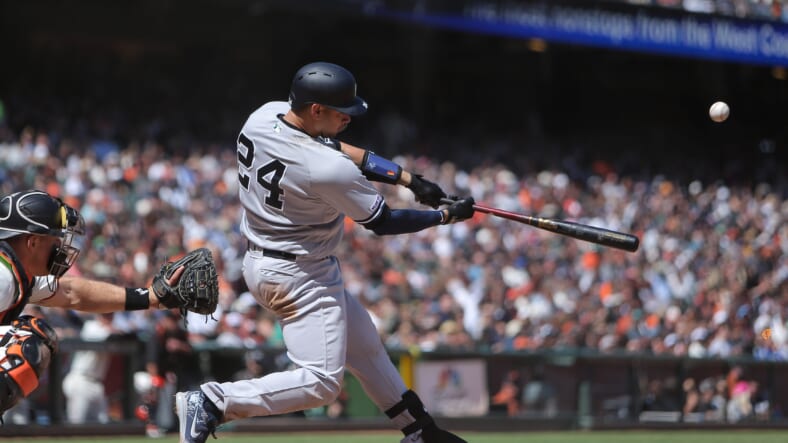 Yesterday afternoon, the New York Yankees had a makeup game with the Minnesota Twins caused by a rainout at Yankee Stadium on August 22. After winning only one game of a three-game set with the New York Mets, the Yankees were hoping to win after they moved out of a wild card berth. The Yankees got their win, besting the Twins 6-5.

Luis Gil gives up four, but the Yankees win

Luis Gil, in this season, has gotten to live his dream. When Cory Kluber went down with shoulder problems, Gil and Nestor Cortes Jr. started games for the Yankees. Gil was called up from Scranton Wilkes/Barre on August 3 to start a game against the Baltimore Orioles. He allowed only 4 hits, 2 hits against the Mariners, 3 hits against the Red Sox, 1 hit against the Blue Jays, none for extra bases. He earned the title of pitching sensation.

Yesterday he proved he is indeed human. He gave up two long balls for 4 RBIs in the very first inning of the Twins game. But the young man remained calm and gave the Yankees 6 innings, throwing 102 pitches while giving up just one more run and striking out 8 Twins batters. With the game tied at 5, closer Aroldis Chapman held the game at 5. The Yankees would have a walk-off win in the 10th inning when Gary Sanchez lined down the left-field line, scoring ghost runner Gleyber Torres.

Aaron Judge has a storybook moment

Aaron Judge, in his career, has drawn comparisons to the Hall of Famer and 20-year veteran Yankee Derek Jeter. Jeter was known for rising to the occasion at the most important times. Aaron Judge had his Jeter moment last night. After being behind by five runs, the Yankees began to claw their way back as the crowd became energized for the first time in the game. In the eighth inning, Anthony Rizzo pinch-hitting Wade walked with the Yankees still behind by 3 runs. Gary Sanchez pinch-hitting for Higashioka flew out to left. LeMahieu flew out to center. Gardner walked.

With Judge coming to the plate, the Twins turned to closer Alex Colome. Judge represented the tying run at the plate. You could feel the electricity in the stands as fans hoped for a big moment. Just like in a storybook, Judge homered to right-center to tie the game at 5. Gary Sanchez would seal the deal for the Yankees when he drove in the ghost-running Gleyber Torres in the 10th inning for the walk-off win. It was the first time the Yankees have come back from a five-run deficit this season.

The New York Yankees have finally changed the look of their infield. Yesterday saw Gleyber Torres move to second base his natural position. Management apparently felt that the stress and errors being made by Torres might have been causing his poor plate performance. However, earlier in the season, it was proven that second baseman DJ LeMahieu played just as well at third base. Additionally, when Torres was on the IL, that third baseman Gio Urshela performed well as a shortstop. So to put Torres at second, those corresponding moves were also made.

Lindsey Adler of The Athletic reported that manager Aaron Boone said that the infield would remain this way for the duration of the season.

Notes: The New York Yankees will start a short three-game road trip today when they play the Baltimore Orioles at Camden Yards in Baltimore. Yankee ace Gerrit Cole will be on the mound for the Yankees and Alexander Wells for the Orioles. The game will be at 7:05 pm EDT and televised on the YES Network and MASN in Baltimore.