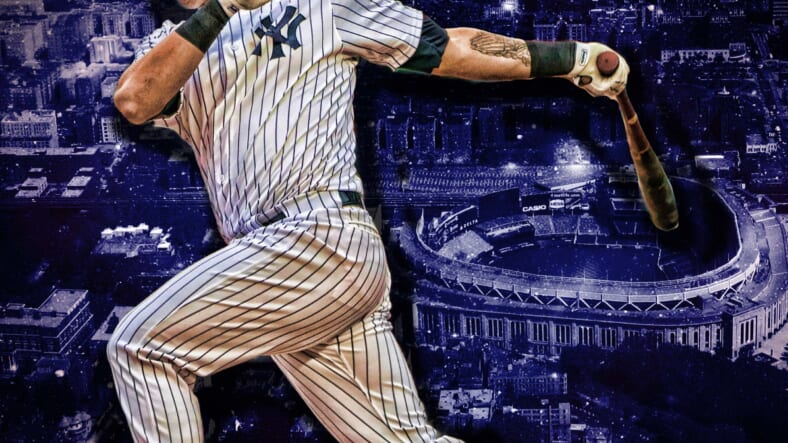 The New York Yankees met up with the Toronto Blue Jays yesterday for the Opening Day of the 2021 baseball season at Yankee Stadium. It was the first time in over 500 days that the Yankees had fans in the stands for a regular-season game. 10,850 lucky fans were able to watch the game in person at the game that went into the 10th inning tied. Unfortunately, the man on second rule from the 2020 season may have cost them the game. The Yankee lost in the 10th inning to the Toronto Blue Jays 3-2. Here are three major takeaways from the game.

There were plenty of positives in the Yankee loss yesterday. One of them was that Gerrit Cole had one of his best starts since the beginning of spring training. He lasted 5.1 innings, giving up five hits and two earned runs in 5.1 innings with a 3.38 ERA over the span. Normally that might be enough to secure a win, but as in the last several spring training games again, the New York Yankee offense couldn’t muster up more than two runs in the game.

The good news was that Cole struck out 8 Jays in the game; that was just one strikeout short of tieing for the most Yankee strikeouts in an Opening Day game. The rest of the Yankee pitchers, Chad Green, Jonathan Loaisiga, Darren O’Day, and Nick Nelson, did not give up an earned run. In fact, Nelson in the 10th struck out three but lost the game due to the man on second rule that saw Crichuk drive in Davis from second to secure the Jays winning run.

A lingering question yesterday and one that will probably last throughout the season is if Cole would have given up the game if he pitched to his 2020 personal catcher Kyle Higashioka. Yesterday’s starting catcher was Gary Sanchez. Last season Cole pitched to Sanchez with a 3.91 ERA, but pitching to Higashioka; his ERA was just 1.00 over the last 24 innings of the 2020 regular season.

Gary Sanchez started the season with a bang

In his first at-bat of the 2021 season with the Jays up by one run, Gary Sanchez hit a 407′ home run into the left-field stands, and he did it with Gleyber Torres on base, giving the Yankees a one-run lead in the game. Little did he know at the time it would be the only Yankee scoring in the game.

Sanchez also had a single and a walk in the game. This was a very positive start for Sanchez, who needed confidence to start the season after having a horrid season last year, where he hit only .147 on the season. Sanchez in the game also showed off his rocket of an arm, throwing out Crichuk, who tied to steal in the seventh inning. Sanchez also hit three homers in the spring but fell off in performance in the second half of spring training. A homer and a single was a great way for Sanchez to start his season.

Mike Tauchman showed why he is on the roster

In the final days of spring training, Mike Tauchman made the 26 man roster for the beginning of the 2021 season. Tauchman, like many players in the 2020 season, didn’t have the best showing in the shortened season. But playing relatively well in the spring, he made the roster.

Yesterday against the Toronto Blue Jays in the ninth inning Gary Sanchez walked to lead off the inning. In an odd move manager, Aaron Boone selected Mike Tauchman instead of the speedy Tyler Wade to pinch run for Gary Sanchez, who isn’t the speediest of runners. Tauchman immediately stole second base. Jay Bruce struck out. With Clint Frazier at the plate, Tauchman stole third. Frazier walked. DJ LeMahieu hit into a fielder’s choice, but Tauchman was called out as he tried to make it home. The DJ single was hit so sharply to the shortstop that it made it impossible for Tauchman to score. Wade may have made it home; no one will ever know. Nevertheless, Tauchman certainly showed his worth in the game.