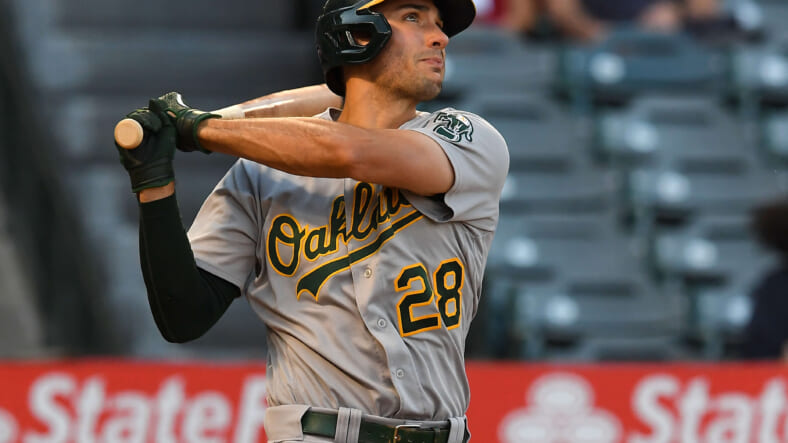 The New York Yankees haven’t made any splashes in the postseason so far, but there is plenty of moves yet to be made. Here’s a quick recap of what’s going on.

Matt Olson at first? Probably not

@JonHeyman
Aâ€™s said to be â€œshooting for the moon,â€ in early Matt Olson trade talks. Canâ€™t blame em. 39 HR. .911 OPS. 5.8 WAR. 2 years â€˜til free agency.
3:03 PM Â· Nov 20, 2021
According to Jon Heyman and others. the Oakland Athletics are asking for a huge sum for any trade for first baseman Matt Olson. With the Yankees having to decide between a big payday for a shortstop and a contract extension for Aaron Judge, you can be sure this deal is out the window for the Yankees. Anthony Rizzo, maybe?

Carlos Correa a possible Yankee target as a new shortstop, for some reason or other decided to insult the Yankees and more specifically ex shortstop Derek Jeter, saying that he didn’t deserve any of the Gold Glove awards he recieved, It didn’t take long for the shortstop to respond, but probably not as Correa might have expected. Jeter basically said the comments weren’t worth commenting on.

@MikeCugnoCBS4
.@CraigMish asked Derek Jeter about Carlos Correa’s comments in which he said Jeter didn’t deserve any of his Gold Gloves. Jeter: “I didn’t think much about it.”

Hal Steinbrenner and Brian Cashman have hinted that they will speak with Aaron Judge’s agent about a contract extension, most likely later than sooner and closer to spring training. The Yankees have many moves to resolve before they attack that issue. But both officials note that he is the face of the franchise and can not be allowed to walk at the end of the 2022 season, when he becomes a free agent.

The fact the Judge has made it known that he wants to end his career in the Bronx, isÂ  a deal maker for the Yankees, they just have to decide how much to offer and for how long to the turning 30 year old. Most industry insiders believe it will be in the $30 million per year area for 5 – 6 years. The risk for the Yankees is Judge’s ability to stay healthy. But last year Judge showed his worth being mostly healthy for the whole season.

No Suzuki for the Yankees

The big news today is that all MLB teams can negotiate with Japanese outfielder Seiya Suzuki, who was posted by the Hiroshima Toyo Carp. The right fielder this season batted .319/.436/.640 with 38 home runs and a 1.075 OPS; that’s truly amazing, but with Aaron Judge in right field, it’s doubtful the Yankees will make any serious play for Suzuki. Of course the Yankees could move Judge to center?

The Yankees watching not participating

Just a few weeks ago it looked as though the New York Yankees would be the major team to make a big splash with a star signing at shortstop. But hold onto your horses, that seems to have changed dramatically in favor of the Yankees not blocking Anthony Volpe or Oswald Peraza making it to the bigs. The Yankees tend to to this more than advisable. Waiting for a player to get great, only to have the experiment fail. Prospects can be a very fickle thing.

Joel Sherman of of the New York Post reports that the New York Yankees are â€œmonitoring the elite shortstop group rather than participating in it,â€ The big question is will the Yankees wait until all the big fish are fried, and be left with nothing. No movement yet on shortstops, but three prime starting pitchers are already gone.

The New York Mets have a new general manger, Billy Eppler. Eppler, who most recently served as the general manager of the Los Angeles Angels. But what makes this story somewhat interesting is the Eppler was Brian Cashman’s assistant GM from 2012 toÂ  2015. It’s not about personalities, its the cross town rivalry and methodology. Eppler pointed out in his years with the Yankees they never made a trade with the Mets.