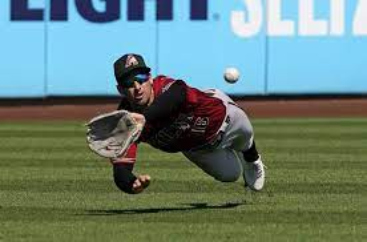 The New York Yankees, without Aaron Hicks, have been rotating Brett Gardner, Aaron Judge, and even Tyler Wade to cover center field. Today Linsay Adler of The Atlantic announced this afternoon that the Yankees are acquiring right-handed outfielder Tim Locastro from the Diamondbacks for AA pitcher Keegan Curtis. Adds speed and a center field defensive option to the Yankees’ roster.

Tim Locastro is a good defender and adds depth to the outfield. He, like Tyler Wade, is not a great offensive addition. He has been in the minor leagues since 2013 when the Toronto Blue Jays drafted him in the 38th round. Most recently, with the Arizona Diamondbacks, he was hitting .178, making this a low-level trade. Like Tyler Wade, he is a speedster.

Locastro boasts an elite sprint speed of 30.9 feet per second. He broke the MLB record, and back in April, he was given second base as a memento of the feat. He grew up two hours from the Hall of Fame in Auburn, New York. In recognition, his spikes will be on display in the Hall of Fame museum.

Curtis began the 2021 campaign with Double-A Somerset, and he recorded a 3.94 ERA and 1.31 WHIP in 16 innings across 12 relief appearances. The 25-year-old will likely head to the Double-A level to begin his time with the Diamondbacks.