With the Hall of Fame results for the class of 2020 being released this week, former LHP Andy Pettitte has a case to be made as a Hall of Famer. 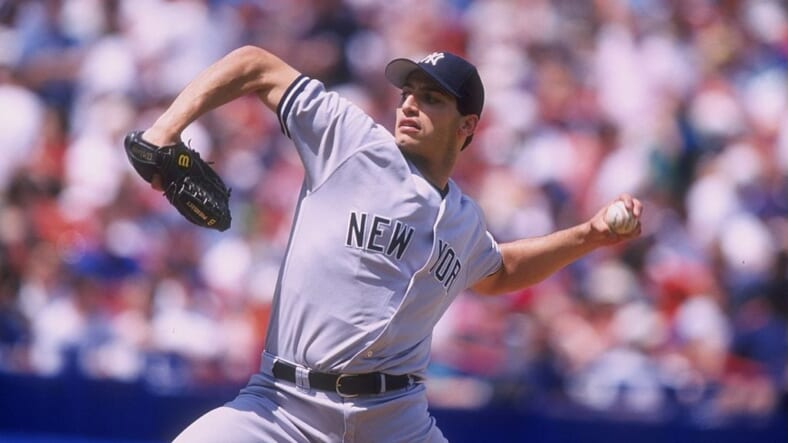 With the Hall of Fame results released on Tuesday, January 21st, the New York Yankees have an icon inducted into the Hall of Famer for the second year in a row. The buzz in New York seems to be surrounding Jeter however, is he the only Yankee that should’ve gone in? Fellow Core Four member, 3x All-Star, and 5x World Series Champion Andy Pettitte have a veryÂ strong case for Cooperstown.

Getting Over The PEDs

When Andy Pettitte is mentioned, the first thing that shoots his case down is the use of Growth Hormones for an elbow injury in 2002. This can deter voters from putting Pettitte on their ballot, however, the context of how it was used is important. Pettitte using the growth hormone is very different from Mark McGwire or Jose Canseco who used PEDs while playing throughout their career. Pettitte’s use was in the hopes of recovering faster, there is no report of him using it to improve his on-field performance. His growth hormone use shouldn’t dampen his Hall of Fame case, especially with how rampant PED use was. The MLB let this problem happen, and if voters could cast votes for Andy Pettitte in Cy Young races and All-Star games, then they would be hypocritical to not vote for him into the Hall of Fame.

When looking at player value, fWAR (Fangraphs Wins Above Replacement), can show how valuable a player was in their era. When you think Hall of Famer you think of greatness, and Andy Pettitte’s fWAR shows that. With a 68.2 fWAR, he ranks 32nd amongst all pitchers in MLB history. Right now in the Hall of Fame are 83 pitchers, meaning Pettitte is above a lot of Hall of Fame arms right now. He’s ahead of HOFers such as Tom Glavine, Jim Palmer, and Roy Halladay, all of whom are deserving candidates. With WAR being a major factor in a player’s value and greatness, it’s hard to believe he could be ahead of so many HOFers, yet not be in the Cooperstown.

With 276.2 postseason innings and an MLB best 19 wins, Pettite is one of the best postseason arms of all time. Despite most of his outings coming in the Steroid Era, he still was able to post a 3.81 ERA. He was a stellar postseason arm and with 5 World Series Championships he was a hero in October. Andy Pettitte’s postseason dominance has to play a factor in his case for the Hall of Fame. The Yankees’ rotation was anchored by their longtime ace for years and was instrumental for those championship squads.

No Awards, No Induction?

IÂ reallyÂ despise this argument about the number of awards a player gets. Nolan Ryan, Mike Mussina, and Juan Marichal: What do they have in common? 0 Cy Youngs, yet they are still Hall of Famers and some of the game’s best arms ever. You don’t need Cy Youngs to be a Hall of Famer. What about his mere 3 All-Star appearances? Ferguson Jenkins, Robin Yount, and Bert Blyleven are all Hall of Famers with 3 or fewer All-Star appearances. Care to tell me how suddenly it’s an issue for Pettitte? Awards can’t tell the whole story of a player as no matter how many they have, it’s overrated.

Will He Get In? A Message to the BBWAA

Most likely no, the MLB voters still refuse to vote arguably all-time greats Roger Clemens and Barry Bonds in. This means Andy Pettitte being merely tied to growth hormones will keep him out. They need to move past the PEDs, as the MLB not only took a blind eye to it but these same voters cast votes for these players to win awards and praises even as it was clear as day that they were on PEDs. There were no drug tests for these substances, and therefore no accountability. When everyone is doing it, the only way to compete and provide for a family is to do the same. Let Pettitte in and allow him to join Mariano Rivera and Derek Jeter in the Hall of Fame. Not only is he one of the greatest LHP in MLB history, but he was a generational talent.