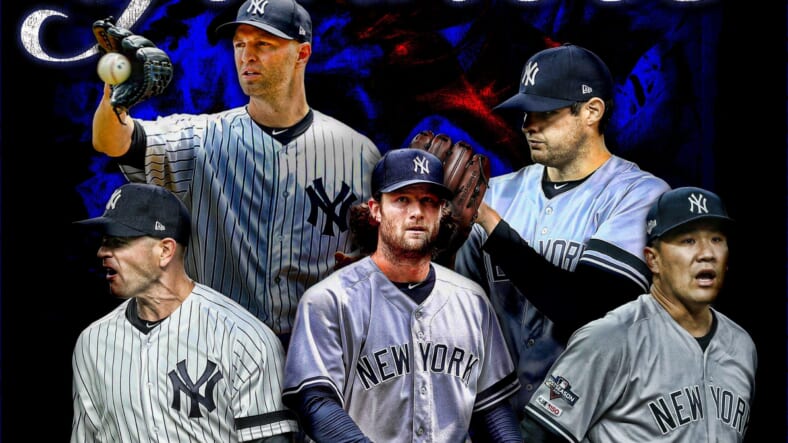 The 2020 New York Yankees baseball season has just passed the mid-point. So far, the season has not gone as expected for the Yankees. At the beginning of the season, the Yankees were the odds on favorite to take the East Division and go on to win a 28th World Championship.Â  Since then there have been some bumps in the road. The Yankees can recover from them but it will now be a bigger challenge for the team.Â  Being at that mid-point, it’s a good time to evaluate the players and the team.

LeMahieu just came off the IL.Â  Previous to the thumb injury, DJ was hitting .429 with 2 home runs.Â  He was holding to his nickname the “machine.” Since his return, his batting average has dropped a bit to .398, but he has continued his hitting ways.Â  He has been impressive at 2nd and 3rd base.

After recovering from a rib injury, Judge started the season on time.Â  He got off to a fast start hitting nine home runs in his first seventeen games.Â  But then Judge injured his calf and was out for 15 games.Â  He returned on August 26th, and that same day in his first running of the bases, he reinjured the calf. Now he will be out at least another 15 games.Â  Judge could be the club’s most valuable player, but being absent from the field, his worth is significantly reduced.

Giancarlo Stanton is another monster player that could be the club’s MVP, but he too can’t stay on the field.Â  Stanton first got a calf strain in spring training. He like Judge got off to a hot start at the beginning of the regular season, but he went down to a hamstring injury and has been out since August 8th.Â  His return is still not clear.

Gary Sanchez has been a giant disappointment this season.Â  Sanchez can not hit the ball, he has a batting average of just .134. Although he has hit six home runs, his inability to get on base has already caused him to leave dozens on base. Between injuries and not playing well, Sanchez has not had a good season with the Yankees since 2017.

During the offseason, the Yankees failed to take Didi Gregorius’s option and they let him go to the Phillies.Â  The Yankees banked on Torres being their shortstop.Â  Torres has mightily failed at short having the most errors at the position in the AL. Add to that his batting average of just .231 is the lowest since he has been a Yankee. He is presently on the IL with a calf and hamstring injury.

Gio Urshela continues to be an above-average third baseman, constantly making Gold Glove type plays.Â  He is not as good behind the plate this year with his .239 batting average, but he does have five home runs.

Luke Voit is quickly becoming the odds on favorite to be the 2020 Yankee MVP. His timely hitting has given him a .303 batting average and he leads the team with 12 home runs.Â  In a normal season that would equate to 35 home runs so far.Â  His defense at first base has improved somewhat to a .994 fielding percentage.

Aaron Hicks has disappointed somewhat this year.Â  His batting average is just .209 on the season with only three home runs.Â  He continues to be a good defender in centerfield.

After a break out season, last year hitting 28 home runs, this year his bat has remained mostly silent.Â  He is hitting a measly .168 with only 6 RBI’s. His base running and fieldwork has not suffered, as he continues to make plays in the field.Â  Yesterday he made a tumbling catch at the wall saving the Yankees.

Mike Ford C, Ford has not had the year he had last year. His batting average is just .176 with 2 home runs.Â  Mike Tauchman B, Tauchman has the most hits of all the bench players hitting .277.Â  Clint Frazier B+, Frazier is hitting .300 with 3 home run in only 13 games.Â  Tyler Wade C, Wade continues to be a bright spot running the bases and with his defense. His hitting is lacking.Â  Miguel AndujarÂ  F, the former star players is hittingÂ  .129 with no home runs. Kyle Higashioka no score, has played in only three games, and is on the IL.Â  Erik Kratz B, the 40-year-old Kratz has caught in only 8 games but does have a .300 batting average.

Gerrit Cole is our ace pitcher and has performed the best of all of the starters.Â  He has struggled at times but is 4-1 with an ERA of 3.53.Â  Most Yankee fans expected the dominance that he had with the Astros and that seems to be missing so far in his season.

For the New York Yankees Paxton is 1-1 with an elevated ERA of 6.63 across five starts.Â  Paxton had back surgery during the offseason and his fastball has been lacking velocity but seems to be improving lately.

Tanaka has had a rough start this year.Â  After getting hit in the head by a comebacker in summer camp, he missed his first start of the year.Â  Tanaka always a workhorse is just 0-1 in five starts with an EAR of 3.48. He hasn’t gone deep into games. He doesn’t seem to be as susceptible to the long ball so far this season.

The Yankees have passed by Happ for a couple of starts, but the Yankees have won 3 of this four starts. His last outing against the New York Mets was his best of the season going 7.1 scoreless innings.

The New York Yankees went into the season expected a bit more from Montgomery.Â  So far he is in five games started 2-1 with an ERA of 4.48. He has only gone onto the sixth inning once, putting a strain on the Yankee bullpen.

Jonathan Loaisiga B, he has pitched in 7 games, 5 of which the Yankees have won, he has an ERA of 2.84.Â  Micheal KingÂ  C-, King is 1-1 with an ERA of 6.63 in five games. Deivi Garcia A, Garcia has pitched in only one game but was dominant going six innings without an earned run.

Tommy Kahnle B, on the IL.Â  Adam Ottavino C-, Ottavino has been pitching poorly, he has his highest ERA while with the Yankees at 4.22.Â  Chad Green A-, Green other than one bad outing has been the second-best Yankee reliever. Luis Cessa B, Cessa has pitched in 9 games for a total of 11 innings, he has an ERA of 4.04, and one save.Â  Luis Avilan B, Avilan has pitched in ten games with an ERA of 3.30 with 2 saves. Jonathan HolderÂ  A-, Holder has pitched in then games with an ERA of 2.25. Zack Britton A, now on the IL, Britton saved all eight of his of his possible saves. Aroldis Chapman is not rated as he hasn’t closed in enough game, but his two appearances have been shaky including one blown save.

Boone continues to be one of the best managers in baseball, having had a 100 and 103 game-winning season. This year he is again battling with a team that can’t escape the injury bug.Â  The only reason he gets a B is that like last year, he has a tendency to leave starters in too long, when they are loosing, making it near impossible to regain the deficit.

The New York Yankees: B-

The New York Yankees to date have not performed the way they were expected to in this shortened season.Â  They have suffered in three ways. One is the injuries they hoped they would avoid this year, they just haven’t been able to escape them.Â  The other two reasons are the lack of quality pitching and the often silent bats of the lineup, that manager Aaron Boone has had to patch together on a daily basis.Â  Their annual strength of having one of the best bullpens in the game has been missing, mostly due to injuries.

The New York Yankees, with less than four weeks remaining in the season, are second in the East, 3.5 games behind the Tampa Bay Rays.Â  They are sixth in all of baseball.Â  Tonight they start a three-game series with the Rays, these three games may decide the fate of the Yankees.