MLB: Where is baseball going, does baseball know? 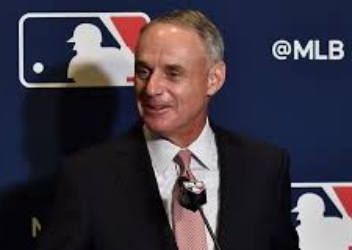 MLB, the New York Yankees, and all of baseball are in transition. It could be called a war between MLB and the Players Union (MLBPA) or a war between the newbie analyticals and the baseball traditionalist. Sometimes, conflict is in the background, sometimes right up front when MLB changes that rock the baseball world.Â  This is a complicated situation, to say the least. This is for sure because baseball today is not the same game it was in the ’20s and ’30s, and comparisons can’t be made. Baseball is evolving, and there will be no stopping it, like it or not.

Anyone that does not believe this wait until December 1, 2021, when the present baseball collective bargaining agreement ends and will be taken up again. These two entities no longer work together, they work against each other, and there is a 50/50 chance these issues at hand will not be resolved without the first baseball strike since August of 1994 that led into the 1995 season.

Aside from the collective bargaining agreement, the last several years have seen many changes in the game we all love. Because of the lack of trust between the owners and players, the 2020 pandemic season could not be resolved to lead Commissioner Rob Manfred had to dictate a 60 game season. They did resolve some issues, and they lead to a host of changes in the game, some that the fans like and most that they don’t. The universal DH, the man on second after the ninth inning, the seven-inning doubleheaders, the relief pitcher having to face 3 hitters, and others. The only one not to remain in the 2021 season is that the NL has gone back to pitchers hitting. At some point, this has to become universal across both leagues.

Some changes in the game have just happened without the powers to be having their hands in it, and those changes will cause even more changes. A good example of this is in the past few years, pitchers have gotten better, a whole lot better at a disproportionate rate than hitters getting better. In years past, pitchers used to be encouraged to complete games; today, that is a rarity; managers across baseball actually discourage pitchers from finishing games. Today the relief pitcher is every bit as important if not more important than the starters. Starting pitchers now pitch differently than they did in years past. Years ago, when pitchers were expected to see the opposition lineup three times or more, they saved some of their best pitches to use later in the game. Today knowing that he is only expected to five or six innings, he puts it all out there, maybe even in the first inning.

Across baseball, hitting is down, and for a good reason. Better starting pitchers that go five or six innings, and then the hitters face flame-throwing relief pitchers in each inning that follows. When you have to face a new pitcher every time you come to the plate, you are at an automatic disadvantage. Less hitting and fewer runs scored creates less excitement in a game that most fans already feel is too long and tedious. Some of the changes already installed have addressed this issue, some see them as successful, and some are annoyed by them. By having a relief pitcher face, three hitters, you are reducing the number of relievers used in a game, encouraging starters to go deeper into games. The man on second rule has shortened the length of games; you aren’t going to see many games that go over 12 innings.

Like the drug era, all the changes that have happened will make comparing stats even more difficult. How successful would Babe Ruth have been hitting with a robot umpire? How successful would Mickey Mantle have been hitting today’s starters and the arsenal of one inning flame throwers? MLB in the minors is experimenting with several new changes to satisfy the issues of the day. Robots to make umpiring more accurate, moving the pitching mound back a bit to give the hitters a better chance to see the ball a bit longer and improve hitting, and a host of other changes to the game. Whether the traditionalists like it or not, the game will continue to change. The trick will be balancing it to satisfy the most people and ensure the game’s growth that has seen a slide over the last few decades. The future of baseball is on the line.