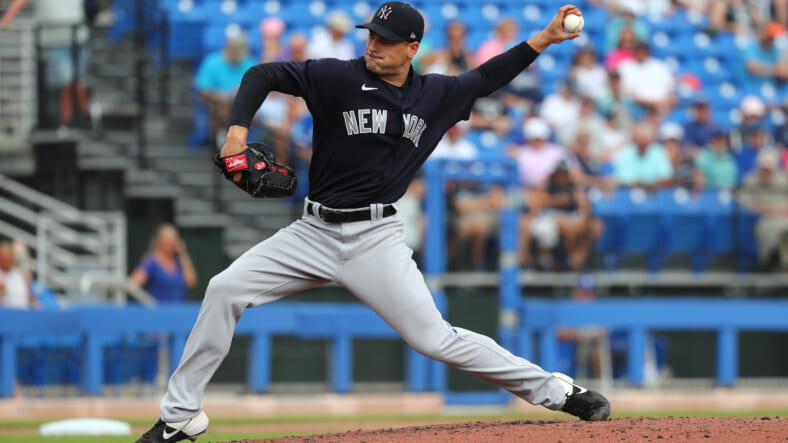 The New York Yankees continue to take their off-season slowly, inking minor-league contracts rather than getting aggressive on big free agent signings or diving into the trade pool.

Teams around the league have taken a more aggressive approach, as the New York Mets completed a massive trade with the Cleveland Indians to acquire Francisco Lindor and starting pitcher Carlos Carrasco. The San Diego Padres have made similarly impressive moves, acquiring Yu Darvish and Blake Snell.

The Yankees are taking a vastly different approach as they continue to wait on DJ LeMahieu this off-season. Waiting benefits the players, as they can wait for COVID-19 to hopefully taper off, as ensuring a full 2021 campaign will only earn them more money.

However, general manager Brian Cashman could also walk away with a better deal if other teams donâ€™t offer more luxurious deals to DJ. Reports have indicated that the Toronto Blue Jays, Mets, and Los Angeles Dodgers have all inquired about his services, but it seems as if the Yankees have the advantage here, and as long as they donâ€™t bow out of the bidding war, they will retain him on a multi-year contract.

The New York Yankees did sign a familiar bullpen arm to a minor-league deal over the weekend:

Cashman signed Tyler Lyons to a minor league contract, their latest edition. The Yankees have signed 11 players to minor-league deals this off-season, indicating that they are looking to fill depth and not acquire starting level talent.

Lyons is 32 years old and has spent the last two seasons with the Yankeesâ€™ organization. This past year, he pitched in just 1.2 innings, allowing three hits and four earned runs. The sample size is so small itâ€™s not even worth considering, but heâ€™s been quite inconsistent the past few seasons. With the Cardinals back in 2017, he pitched in 54 innings, earning a 2.83 ERA with 11.33 strikeouts per nine.

It is clear that Lyons has the arm to be a decent depth piece, but I wouldnâ€™t bank on him as a consistent option during the 2021 season. The Yankees bullpen is normally one of their better units, but losing Tommy Kahnle to injury last year severely limited them. In addition, Adam Ottavino has been inconsistent, which has presented a major issue. Hopefully, he can bounce back and provide that spark as a middle-reliever.