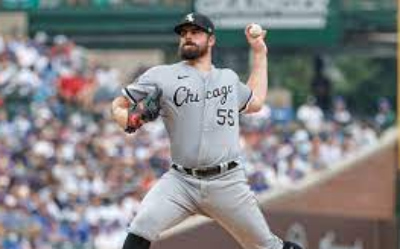 The New York Yankees lost to the Red Sox in the wild-card game for another early exit to the postseason, but baseball went on into the postseason. The Red Sox captured their second win in the five-game series, with Christian Vazquez hitting the walk-off homer in the 13th for only the 8th time a catcher has hit a walk-off hit.Â  That aside, last night, the Houston Astros had a chance to seal the deal and get to the Championship series with a win over the Chicago White Sox.

After winning the first two games in Houston, they went to Guaranteed Field in Chicago, just one win away from a Championship berth against either the Boston Red Sox or the Tampa Bay Rays. At the end of the night, the Houston Astros were still a game away from entering that Championship series. The White Sox won the game 12-6.

The Houston Astros sent Luis Garcia to the mound to face the White Sox Dylan Cease. In the first inning, the Chicago White Sox were on the board first when Eloy Jimenez hit an RBI single. However, that lead was short-lived as the Astros answered in the second with three runs of their own, including Tyler Tucker’s two-run blast followed by an RBI single. Houston Astros 3 the Chicago White Sox 1.

Unbelievably in the top of the third inning, Kyle Tucker again homered with another two-run blast. However, that was pretty much all the Astros would do in the game as the tide turned toward the boys from the south side of Chicago. With Alex Bregman’s RBI in the fourth inning, the score was tied at 6-6. At the bottom of the fourth, Jose Abreu’s RBI would put the White Sox up by one, and they would not look back.

Also, in the same inning with Zack Greinke on the mound centerfielder, Robert put the Sox up another run. Eloy Jimenez hit his second RBI in the game, also in the bottom of the fourth. The fifth, sixth and seventh innings would remain scoreless for both teams.

In the top of the eighth inning, the White Sox would come alive again, this time against the Astros’ sixth pitcher of the night, Brooks Raley. Again, it was RBI heaven for the Sox. Andrew Vaughn, Leury Garcia had an RBI double, and Tim Anderson followed with the final RBI of the game. In that process, Anderson put his name in the baseball history books by having 16 hits in his last six postseason games.

Liam Hindricks sealed the deal for the White Sox, pitching a scoreless top of the ninth inning. The final score was the White Sox 12 and the Astros 6. The winning pitcher was Michael Kopech and the loser Yimi Garcia. The divisional series is now Houston 2 White Sox 1.

The elimination game for the Sox could put the Astros into the Championship Series will take place today. October 11 at 2:37 CDT at Guaranteed Field on the south side of Chicago. Carlos Rodon will be on the mound for the Sox and Jose Urquidy for the Astros. The game will be televised on FS1. If the White Sox can win this game, it will force a game five back at MinuteMaid Park in Houston. But, on the other hand, if Houston wins it, they will have their ticket to the AL Championship Series between the Tampa Bay Rays or Boston Red Sox.