Meet the Yankeesâ€™ free agents and their respective situations 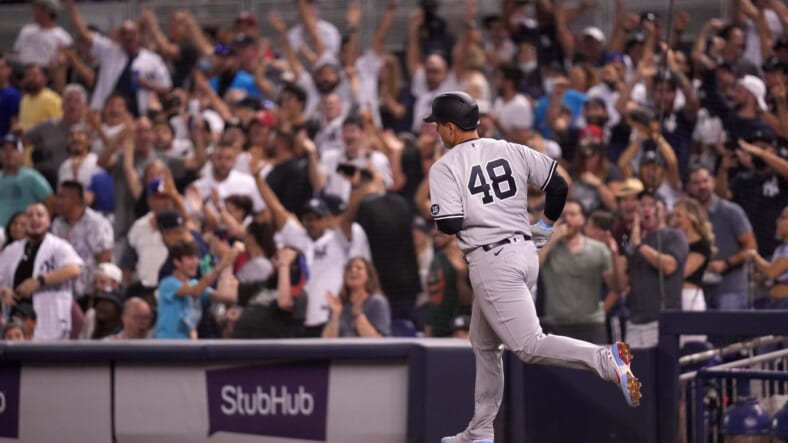 Now that the World Series is over, the New York Yankees can start planning for the 2022 season. Well, those would be tentative ideas, since a new CBA deal has to be negotiated between players and owners in order to have a campaign next year.

The Yankees have nine players hitting the free agency. Here is every individual case, explained:

Kluber is a candidate to return to the Yankees after pitching to a 3.83 ERA in 80 innings. He lost several months with a shoulder injury.

Itâ€™s highly unlikely Heaney is in the Yankeesâ€™ radar after struggling mightily since arriving in New York via trade in July. He had a 7.32 ERA in 35.2 innings.

Rizzo was a good fielder (depending on the metric of your choosing) and while he took walks and had a couple of timely home runs, he disappointed a bit offensively, boasting a 113 wRC+. He may be too expensive for the Yankeesâ€™ liking.

Rodriguez was a solid contributor from the bullpen, with a 2.84 ERA in 19 innings. He has a $3 million club option for 2022 that the Bombers should pick up.

Koerner chose to be a free agent after the Yankees wanted to outright him to Triple-A and he refused. He will find a new team, after pitching three innings with the big league club. He did out good numbers in Triple-A, with a 3.39 ERA and a 1.27 WHIP.

Like Koerner, LaMarre rejected a Triple-A assignment and will hit the market. He had 24 plate appearances with the Yankees this year, hitting 190/.292/.476 with two homers and one stolen base.

Warren regained full health this season but was never an option to receive a call-up and help the big league bullpen. He had a 3.59 ERA in Triple-A this year and could find himself back in the Yankeesâ€™ minor leagues if he doesnâ€™t find an MLB roster spot elsewhere.