Judge â€˜fired up’ about the Yankees in 2021; will seek revenge 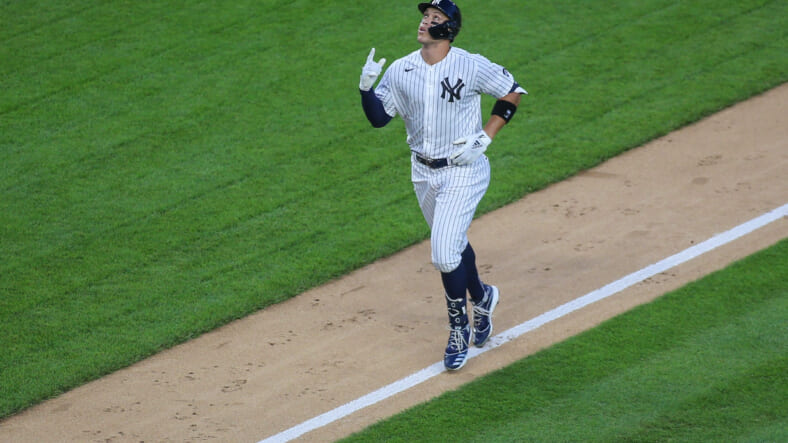 He hasnâ€™t had a particularly good spring, but that doesnâ€™t matter. New York Yankeesâ€™ right field Aaron Judge is among the leagueâ€™s best players when healthy, and so far, that has been the case after a couple of years with physical ailments.

Not only that, but also, Judge knows that his teammates are almost just as talented as him, and the Yankees are looking like the best team in the American League.

â€œIâ€™m as fired up as ever,â€ Judge said on Monday, per Bryan Hoch of MLB.com. â€œEvery year, I know I come in here and say thatâ€™s our goal, to win a championship. But, for us, the first thing to do is weâ€™ve got to win our division. That starts with Game 1. â€¦ Weâ€™ve got to knock off the Rays first. Thatâ€™s the team that won the division last year, got all the way to the World Series, beat us in the Division Series. Thatâ€™s our first goal.â€

Back in 2020, the Yankees were seen as the favorites to win their division, but ended up seven games behind the Raysâ€™ 40-20 mark. The Bombers lost eight out of 10 meetings with Tampa in the regular season and then dropped the Division Series 3-2.

The Yankees are looking good, but there will be competition

Judge, however, believes the scenario will be different this year.

â€œWe’re playing 162 games; it’s not a sprint like it was last year,â€ Judge said. â€œBut every game still matters. We want to go out there and win our division and put ourselves a good position in the postseason. With this depth, with the pitching we have, with this lineup — we can be in the right position to go out there and win a championship.â€

The Yankeesâ€™ star player knows it wonâ€™t be easy, and not only because of the Rays. There are other obstacles to sort.

â€œI wouldn’t say our road is any easier,â€ Judge said. â€œWeâ€™ve still got to go through Houston; the Chicago White Sox have been doing something special the past couple of years with the people they’ve added. Itâ€™s going to be tough either way, but I’m excited about it. I like our team going into it, and I like our chances.â€