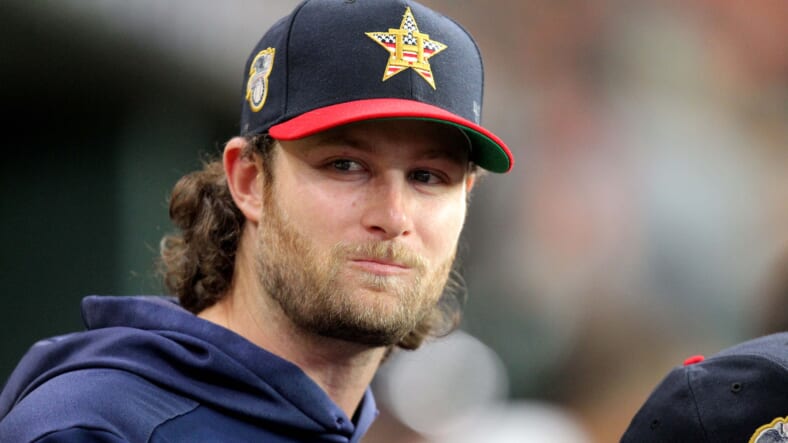 The New York Yankees are all in on Gerrit Cole. Hal Steinbrenner is allowing Brian Cashman and the front office to set a record deal to go land Cole, which could be anywhere from 250 million and up.

Since the Yankees are pretty much giving Cole a blank check, it’s all on him now to decide whether or not he wants to be a Yankee. The Bombers offer everything he could want: a winning future and a huge payday. If he doesn’t end up with the Yankees, it’s simply because he didn’t want to be in pinstripes.

Playing in New York isn’t for everyone. Handling the spotlight and dealing with the “Yankee effect” is challenging, no matter what player and how talented you are. It does seem that Cole is the kind of guy that feeds off this kind of energy though. The Houston fans are similar to the Bronx during postseason baseball and Cole has already proved he can perform at the biggest stage in Major League Baseball.

General manager Cashman believes that Cole would be a good fit for the club as well. Besides being one of the best, if not the best, pitchers in all of baseball, Cashman said in an interview that ever since the Yankees originally drafted him they knew he was genuinely a good person and great teammate.

All the positives are just more of a reason to go out and get a stud. It’s time that the Yankees actually make a big move and pick up a huge part that they’re missing.