How much money do the Yankees have to spend in free agency? 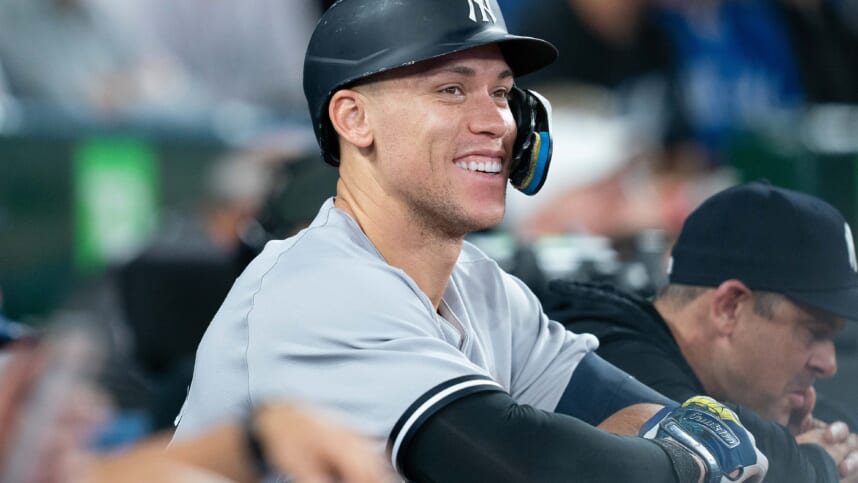 New York Yankees owner Hal Steinbrenner is preparing to put his money where his mouth is, especially after expressing confidence that the team will retain Aaron Judge on a big contract extension.

The Yankees could’ve easily passed on retaining Judge, who is in line to land a significant deal north of $36 million per season. Coming off a historic campaign, Judge not only made an impact on the field but in the locker room as well — he’s one of the team’s primary leaders.

In fact, Steinbrenner stated they would consider making Judge the first Yankee Captain since Derek Jeter held the responsibility.

The Yankees’ aggressiveness in free agency depends on their luxury tax threshold:

However, after extending Anthony Rizzo at $17 million per season over three years, including a player option for the third season, the Yankees only have so much money to spend this off-season.

The 2023 luxury tax threshold is $233 million. The surcharges add up quickly, so the Yankees may want to stop around the $253-273 million mark (first tier). Last season, they managed to stay just below the second surcharge, which boosts their tax to 42.5%.

$40 million to $60 million: 42.5 percent surcharge for first year; 45 percent for each consecutive year after that

If we use the team’s 2022 active payroll total as their projected number for the 2023 season, we can figure out just how much money general manager Brian Cashman is allowed to spend.

Last year, the Yankees had $265 million in active total payroll with $25.2 million worth of funds on the injured list and spending $24 million on retained players. The team’s projected active total payroll is $201.7 million after arbitration this off-season, which leaves about $63 million available for the team to spend in free agency.

If you deduct the $40 million for Aaron Judge, aiming a bit higher, the Yanks only have about $23 million left to spend, and they desperately need more bullpen support, outfield help, and maybe another starting pitcher.

Cashman has already been connected to Japanese star Masataka Yoshida and trade acquisition Andrew Benintendi, who is currently a free agent. Both players may hover in the $15 million per season range, which would leave the Yankees with just $8 million left over to spend elsewhere.

However, they do have Josh Donaldson and Aaron Hicks on the roster, two players they could look to move, clearing salary space. Donaldson is set to earn $21 million for the 2023 season, a number Cashman would like to offload despite expressing confidence in the veteran third baseman recently.

Hicks is set to earn $10.5 million, so adding those two contracts together gives you $31.5 million in salary space the team can offload. It is easier said than done, though, meaning Cashman will likely have to take on a portion of both contracts in the same breath, trading them away.

Let’s assume that Cashman manages to offload half of both of their deals, which would essentially pay for a new left fielder, whether that be Yoshida or Benintendi. Now, the team still sits with about $8 million left to spend, in which they can land a decent No. 5 starting pitcher or acquire a few bullpen arms.

Obviously, addressing needs in free agency can be a risky approach, but money isn’t a problem for a Yankees team that is one of the most valuable franchises in the world. There is a possibility that Cashman looks to trade some of his assets, plugging weaker positions in the process.

Notably, Gleyber Torres could be flipped for pitching support since Oswald Peraza, and Anthony Volpe expect to compete for the starting shortstop job next season. The loser would ultimately land at second base, which is a good situation to have if you’re the Yankees, elevating several youth prospects with unlimited upside.

It is borderline impossible to project how much money the Yankees have available given the number of moves they can make, but from a pure free-agent approach, they have about $63 million to spend, but Judge will take up a significant portion of that. The key here is getting Donaldson and Hicks off the books, but that is a difficult situation given their lack of value and expensive price tags.