Here are two catchers the Yankees could explore in free agency 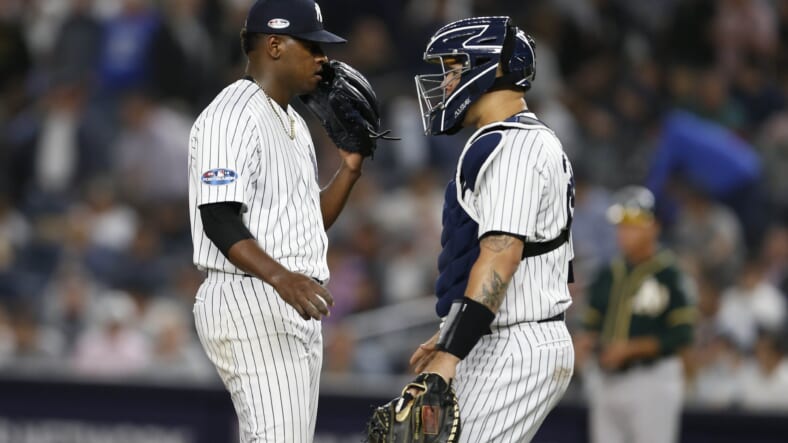 The reality the New York Yankees will undoubtedly face in 2020 is Gary Sanchezâ€™s inevitable injury. Last season, Sanchez missed time with a groin injury at the end of the campaign, which hampered his ability to produce during the playoffs. The starting catcher appeared three times on the injury report in 2019, two times with a groin in less than two months, and earlier on in the season with a head injury.

Relying on him to complete a full season at maximum health is unreasonable at this point. The Yankees would be smart to go out and find a capable backup to supplement any absence in 2020.

Here are two catchers the Yankees should explore in free agency:

The Yankees and manager Aaron Boone seem happy with the value Kyle Higashioka brings to the team. However, he posted a .214 batting average and just three home runs, showing less than adequate offensive output, while Austin Romine finished with a .281 average and eight homers on the year. The Yankees lost Romine to the Detroit Tigers, where he will compete for the starting position. To supplement his loss, general manager Brian Cashman signed 40-year-old Eric Kratz to add more opposition being El Gary.

One possible free-agent target could be Jason Castro, who featured with the Minnesota Twins in 2019. Playing 79 games and logging 237 at-bats, he earned 13 homers and 30 RBIs with .232 batting average. While heâ€™s no Romine or Gary Sanchez, he can provide a bit more offensive stability than Higashioka.

Castro walks the line between quality backup and starting caliber. He could be a very beneficial signing for the Yankees, providing more competition for the backup role and offer experience as a starter in the MLB. He will likely be in search of a starting job, but if the Yankees can offer him a decent contract, he could be of value moving forward.

The second option is Kevin Plawecki, who has plenty of experience controlling elite pitchers, having caught with the Mets for his first four seasons. Plawecki has very favorable defensive abilities, logging a .995 fielding percentage with two errors over 57 games last season for the Cleveland Indians. His offensive production is less than adequate, though, as he posted a .222 batting average with just three home runs and 17 RBIs. If the Yankees are looking for a catcher who can maximize Gerrit Cole, he could fit the bill.