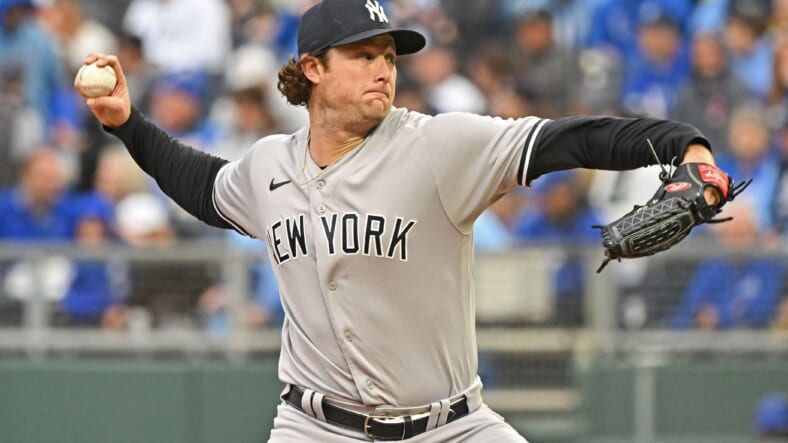 Good news and bad news for the Yankees in loss to Astros:

Overall, this was one of the Yankees’ more disappointing performances in recent memory. Considering how dominant they’ve been this season, not recording a single hit against Javier over 7.0 innings was just poor efficiency. With the sun beating down in the Bronx, Houston clearly came to play, as José Altuve and JJ Matijevic smacked two solo homers in the 7th and 8th inning respectively.

The Astros finished with eight hits and three runs on the day, striking out 10 times. The Yankees only managed to get on base via three walks, striking out 15 times. Giancarlo Stanton struck out in all three at bats, ending a two game home run streak.

The only solid performance from the Yankees came from starting pitcher Gerrit Cole, who lasted 7.0 innings and gave up four hits and one earned run. He struck out eight batters, tossing 106 pitches and lowering his ERA to 2.99.

Cole has finally rejuvenated his season after a tough start to the 2022 campaign, maintaining his velocity and showcasing a razor sharp slider. The bullpen didn’t fare well, with Michael King and Lucas Luetge giving up four hits and two runs in just 2.0 innings.

The Yankees will look ahead to Sunday to try and get back in the win column with Nestor Cortes on the mound against Jose Urquidy.

Cortes is coming off arguably his worst start of the season, giving up four earned runs and six hits over 4.1 innings of action against Tampa Bay on June 21. However, Cortes still features the team’s lowest ERA at 2.31 with an 87.5% left on base rate and 9.49 strikeouts per nine.

Urquidy, on the other hand, hosts a 4.68 ERA over 67.1 innings this season. Batters are teeing off against his fastball, hitting .309 with a .561 slugging percentage. This will be the Yankees’ best opportunity to tie the series at two apiece before hosting the Oakland Athletics next week.