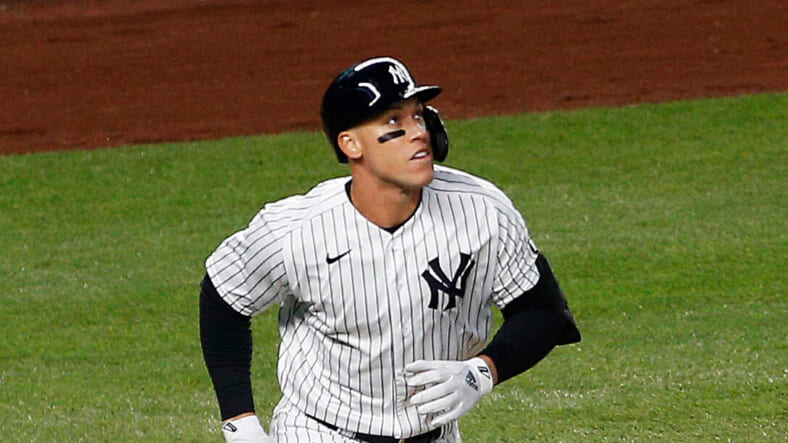 In a must-win game, the New York Yankees managed to extract a victory over the New York Mets on Saturday evening. On the anniversary of 9/11, the Yankees found themselves in peril as they lost ground in the Wild Card standings. While Baltimore managed to extract victory over Toronto in the first game of their four-game series, they have lost the last two, allowing 11 runs in the seventh inning Saturday. In fact, the Yankees are currently tied with Toronto in the WC standings, so their victory over the Mets proved to be that much more significant.

Toronto has one more game against Baltimore, and the Boston Red Sox will take on the Chicago White Sox with just one game up in the WC. The season is boiling down to an exciting last few weeks, but the Yankees are still unsure who they will start on Sunday evening against their crosstown rivals; things are getting a bit tumultuous in the Bronx.

The Yankees’ victory on Saturday was valiant and exciting, as both teams went back-and-forth, trading punches with Luke Voit eventually grounding into a fielders choice at shortstop, as Andrew Velazquez scored on a throwing error by Javier Baez.

Unfortunately, starting pitcher Corey Kluber had a difficult outing, lasting 4.0 innings, giving up five hits and four earned runs. After returning from a shoulder injury, Kluber has had trouble easing his way back in, but the Yankees have no choice but to utilize him with a lack of starting support after Gerrit Cole’s Injury.

Nonetheless, a win is a win — the Yankees desperately needed this one to give them a bit of confidence and momentum moving forward.

“One of those where we needed everyone, we used almost everyone,” Boone said. “And yeah, definitely feels good to hear some noise in that clubhouse postgame.”

As they prepare to wrap up the series against the Mets, they will have one game against Minnesota at home and then travel to Baltimore for three-game series, where they must walk away with a sweep.