Gerrit Cole answered the call and gave the Yankees an ace-like performance: “It was very special for me” 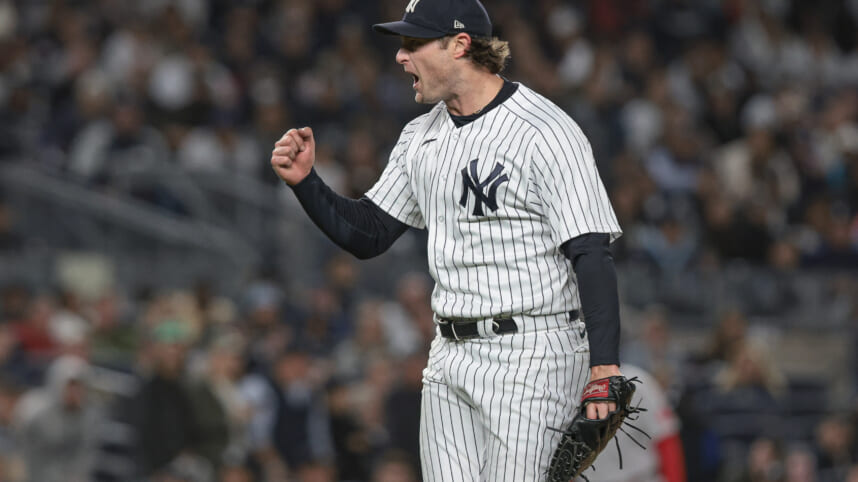 On a day in which several aces around the league struggled, New York Yankees’ Game 1 starter Gerrit Cole was marvelous on Tuesday night against the Cleveland Guardians. The Yanks struck first and won 4-1 behind some excellent mound work from the right-hander.

Cole, who allowed an AL-leading 33 home runs and had a rather forgettable start in his last playoff game last year against the Boston Red Sox, was fantastic last night: he pitched 6.1 innings with just one run, four hits and a walk, striking out eight Guardians.

The crowd acknowledged Cole’s excellent performance and showered with a standing ovation as he left the mound and entered the first base dugout.

It was the first time, after three seasons wearing the Yankees’ uniform, that Cole hears cheers of a home crowd: there weren’t fans in the stands in 2020 and the team only played one postseason game last year, at Fenway Park.

The Yankees had their ace on his game

“It was very special for me,” Cole told MLB.com. “The game’s not over, so it’s not the most comfortable time to acknowledge the crowd, but I certainly felt it and appreciated it. I thought they were in every pitch tonight. What a wonderful experience to have them behind us.”

“It was just a really awesome experience overall,” Cole said. “What a great atmosphere. And it was my dad’s birthday today, so it was a good day.”

Cole struck out 257 hitters during the regular season, a new franchise record. While his 3.50 ERA wasn’t his best mark, it was still solid and one of the best in the staff.

He made sure the Yankees had an ace to start the Division Series against a pesky Guardians team that has several dangerous hitters, such as Jose Ramirez, Steven Kwan, Josh Naylor, and Andres Gimenez.

“Gerrit was really good,” manager Aaron Boone said. “He did a really good job of owning the moment and being unpredictable. And I thought his breaking ball was really on point.”