Former Yankeesâ€™ star will stay in Japan for the 2022 season 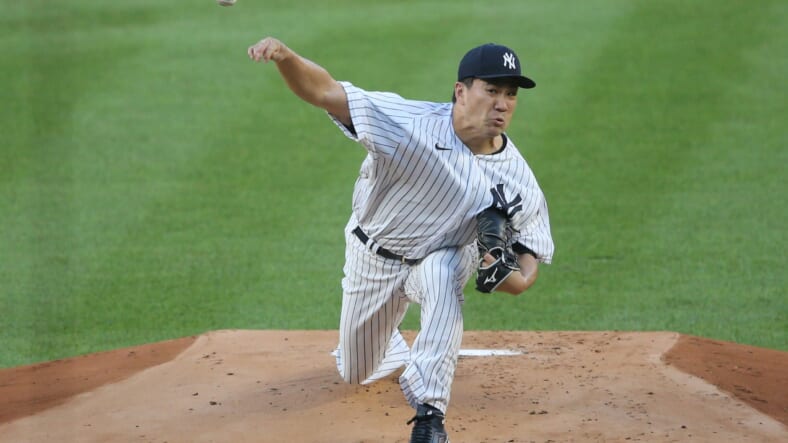 Masahiro Tanaka signed a seven-year, $155 million deal with the New York Yankees upon arriving in the United States in 2014. He remained with the Bombers for the duration of the pact and was a very good pitcher for most of it, compiling a 3.74 ERA over 1054.1 frames.

By the time the contract expired after the 2020 season, the Yankees started mulling other options and never really gave him an opportunity to return under a new, cheaper deal. As a result, Tanaka returned to his native Japan and signed a two-year deal with the Rakuten Golden Eagles.

There were times during the 2021 season in which the Yankees may have regretted not bringing the reliable right-hander back, as they struggled with depth because of injuries and positive COVID-19 cases.

Predictably, Tanaka was a star in his first season back in Japan. In 155.2 frames, he compiled a very good 3.01 ERA, with 126 strikeouts and very few walks. His 1.028 WHIP was the perfect proof of his dominance.

Tanka will not pitch for the Yankees in 2022

However, he is no longer an option for the Yankees in 2022. According to Yahoo, Tanaka will be back with the Golden Eagles for next season, and the team made it official. The former Yankeesâ€™ pitcher had signed a two-year contract with an opt out after the first year, but he’s staying with the team next campaign.

Masahiro Tanaka will be back with the Rakuten Eagles for the 2022 season, the team announced. Tanaka had a 2 year contract with an opt out after the first year, but he's staying with the team next season.https://t.co/oKwNO6b41O #npb

Had the circumstances been different, perhaps Tanaka could have been an option for the Yankees. But with a lockout in place and no real date for clubs to negotiate with free agents again, his best move was to return to Japan and play out the last year of his contract.

Perhaps if he ends the 2022 season in good form, he could return to finish his career with the Yankees, but for now, Tanaka will stay in Japan, where he is one of the leagueâ€™s top pitchers, to pitch for the Golden Eagles.