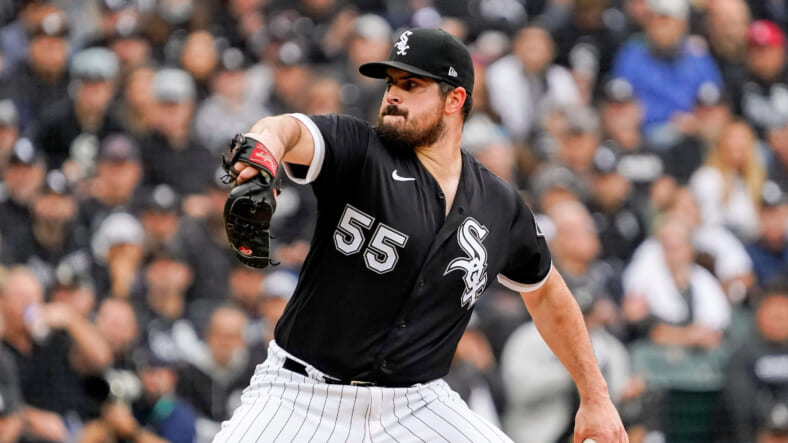 The New York Yankees fell short last season, only making it to the Wild Card game, which they lost to the Boston Red Sox. In the off-season, the Yankee front office has done next to nothing to improve the team for the 2022 season.

In post-season 1.0 before the lockout, the Yankees mostly sat on their hands, watching other teams make significant acquisitions to give them a better chance at reaching the post-season. All the Yankees did was firm up a new coaching staff and hire a few minor leaguers.

Considering that they have done little, it makes it significantly challenging to make any predictions for the 2022 season, but as of this point, with the holes they have to fill, it is not looking good for the team that has won 27 World Championships. But today, just for fun, we will try to do just that.

If the New York Yankees are genuinely committed to improving the team for 2022 by filling the holes with quality players, the Yankees should do well. With an active off-season last year, they made it all the way to the wild card game that they lost to the Boston Red Sox. It wouldn’t take much to at least take the division and beyond.

The Yankees will probably not sign Carlos Correa, the leading free agent still available. It is more likely they will go the way of a stop-gap measure while waiting for Anthony Volpe and Oswald Peraza to develop fully. Don’t be surprised if you see Gio Urshela staffing the shortstop position at the season’s start. This is more likely if the Yankees trade for Matt Chapman, who would replace Urshela at third base.

Yankees will have an everyday first baseman:

If the Yankees come out swinging when a new CBA is signed, and if they are aggressive in making a blockbuster trade with the Athletics, you will see Matt Chapman at third base and Matt Olson as the new Yankees first baseman. If not, it appears they will resign Anthony Rizzo, who is an upgrade to the oft-injured Luke Voit. Voit will likely be part of a trade package.

The Yankees, with other important things to do, will likely rely on Aaron Hicks to be their everyday center fielder. They probably will not be willing to spend any money in center, depending on call-ups if Hicks is injured. Center fielder Brett Gardner has probably seen his last days in pinstripes. Don’t be surprised if the Yankees take a long hard look at Odúbel Herrera. If perchance the Yankees decide to go big, look for them to import Seiya Suzuki.

Yankees finally round out starting rotation:

The Yankees will likely depend upon the minors, more than in past seasons, to shore up a less than perfect starting rotation. It may not be until right before spring training, but they will secure a number two starting pitcher. The most logical out there is Carlos Rodon. But with the Yankees’ history of searching out under-the-radar players, they may put a package together to entice Derek Jeter to let go of Elieser Hernandez, who thrived during the 2020 playoffs. Also in the mix of possibilities is Caleb Smith of the Diamondbacks and Yuseil Kikuchi of the Mariners. With the Yankees offering Justin Verlander $25 million on a one-year deal, it seems the Yankees are willing to spend.

Gerrit Cole is again in the Cy Young race:

Gerrit Cole has fallen short in his two seasons with the Yankees by not getting them to a World Series and a 28th World Championship. He will most likely pitch well during 2022 and be in the running for another Cy Young Award, something he has never won. But the Yankees need him to be better, more Astros-like, where he pitched better than he has as a Yankee. Certainly, some run support would help.

Aaron Judge to be a Yankee for life?

Unless the Yankees are just plain stupid, before the end of the 2022 season, the Yankees will finally make slugger and right fielder Aaron Judge a Yankee for life. He is the glue that holds the team together, he is a leader, and he is the franchise’s face. The only question that could hold this short is if he doesn’t have a healthy season. He has only had two healthy seasons with the Yankees, 2017 and 2021. If his health is again an issue, that extension is in question. On the other hand, if he has a year like last year, he can probably count on a five or six-year extension that will net him somewhere between $180 and $210 million.

Under the category of underperformers, there is no reason to believe that Gary Sanchez or Gleyber Torres will turn a page and become stars again. However, there could be some surprises. Joey Gallo could lead the team in home runs. Aaron Hick, as unlikely as it seems, could stay a healthy and robust force behind the plate. Gio Urshela, Aaron Judge, and Giancarlo Stanton will again shine in 2022. In addition, we may see some other shining stars should the Yankees put their pocketbook where their mouth is.

As I said earlier, this is very early to be making 2022 predictions. However, I, along with many other writers, will again make predictions once we see what the Yankees will or will not do before the start of the season.