Do the Yankees have their next generational talent in Jasson Dominguez? 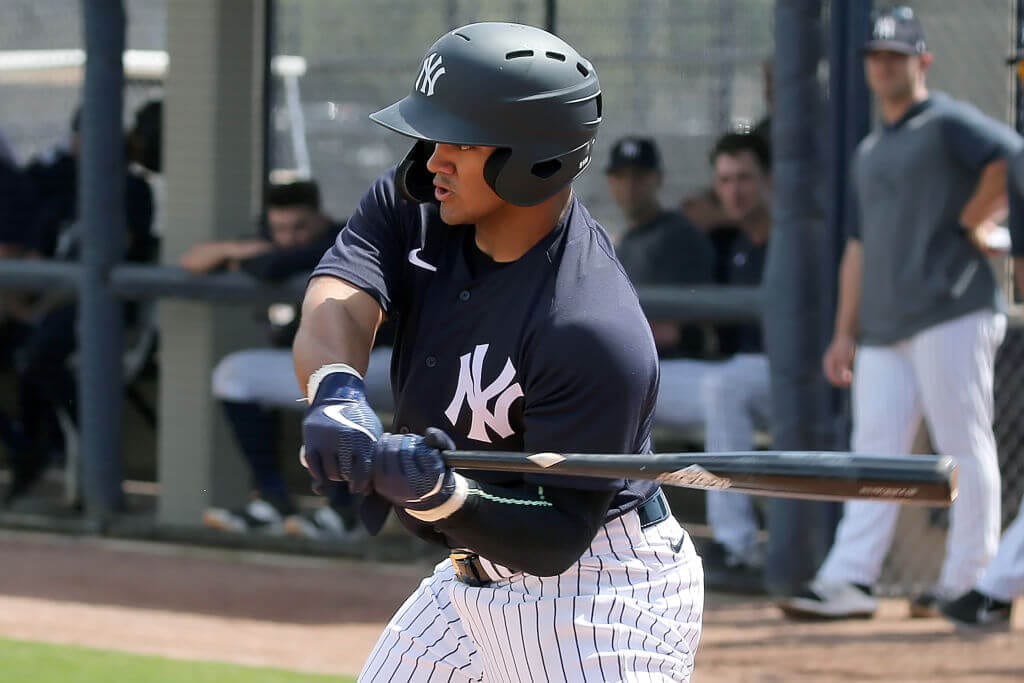 Some call him â€œThe Martian,â€ but he goes by Jasson. As one of the more polarizing prospects in baseball, the Yankees are excited about one potentially generational talent climbing the ranks.

Dominguez, a young outfielder prodigy who simply defies logic and science, hails from the Dominican Republic, a place that has produced plenty of quality baseball players over the years. At just 17 years old, Dominguez is 5-foot-11, and some say he is a rare breed that could end up being something special in the future.

However, at this point in time, it is all just talk. Hitting batting practice balls over the fence regularly doesnâ€™t display anything but hype. He hasnâ€™t played in any minor-league ball, but Baseball America already has Dominguez as the Yankeesâ€™ number one prospect, among other accolades.

Just how highly rated is Yankees’ Jasson Dominguez in their system?

The Yankees may elevate Dominguez within the next two years, as they still need to see what he is capable of among professionals. There is no doubt that upper management is highly invested in his future, providing him with everything he needs to continuously develop and become one of the best baseball players of his generation.

Every week, Dominguez makes a two-hour commute to the Charlie Nova Baseball Academy to work out with trainer Pedro Pichardo, per Forbes. He works on a combination of skills, including speed, agility, hitting, and fielding. Of course, the global pandemic currently influencing communities has stalled his development, especially when it comes to playing in regular games.

Next year, when things hopefully return to normal, the Yankeesâ€™ investment in Dominguez should hopefully prove successful. In a perfect world, Dominguez would end up becoming the next version of Mike Trout, who signed a 12 year, $426.5 million deal with the Los Angeles Angels.

The Yankees would be happy to pay Dominguez, as it would mean their investment and him paid off big time. The Martian has great intangibles on his side, including work ethic and maturity. This is a player who simply loves the game of baseball and sees it as his future, and the Yankees will always be willing to invest in a player who displays those qualities.