Do the Yankees have a Giancarlo Stanton problem? 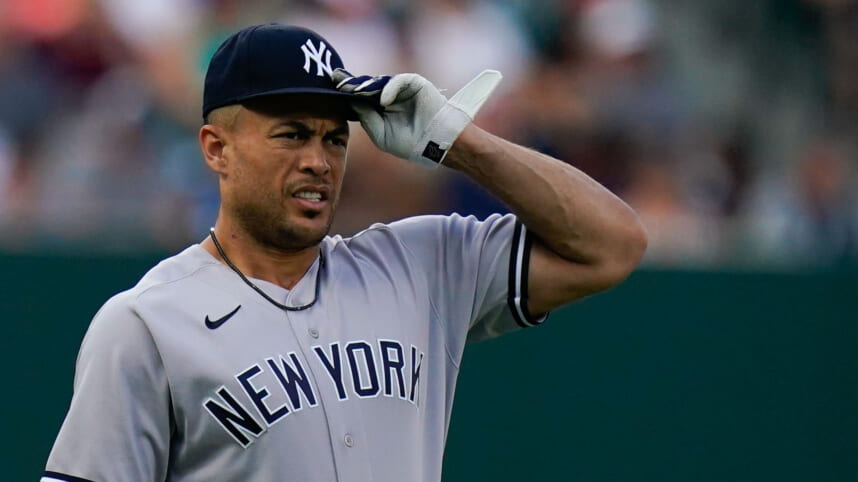 Despite a reputation for striking out a lot and for getting injured more often than the average player, Giancarlo Stanton has performed for the New York Yankees in the postseason. In 18 games and 64 at-bats, he is hitting .297/.373/.734 with nine homers and a 1.107 OPS in October baseball, which is incredible.

Yet, this time around, it seems like he is not getting to the playoffs on a groove. Quite the contrary, in fact: despite his game-winning grand slam last week against the Pittsburgh Pirates, it’s evident that Stanton hasn’t been himself at the plate as of late, before and after injuring his Achilles.

Do the Yankees have a Stanton problem? Well, he has nine games to work on his swing and his timing, but so far, he doesn’t appear to have that edge of years past.

The Yankees slugger has been ice-cold for a long time

As it has been said, Stanton has been very productive in the postseason for the Yankees, particularly in 2020 when he hit six home runs. The team is going to need him if they want to get past the Division Series this year, because the competition in the American League is fierce.

For the year, Stanton is slashing a very disappointing .211/.295/.450 in 380 at-bats. His .745 OPS is the lowest mark of his career, and fans are worried that his poor run of form will carry over the games that truly count.

The MVP of the All-Star Game has a lot of work to do before the Yankees take the field in the postseason, likely in the Division Series. But he is running out of time, and some positive signs would be welcomed.