Did the Yankees find their next Gio Urshela in new signing Matt Duffy? 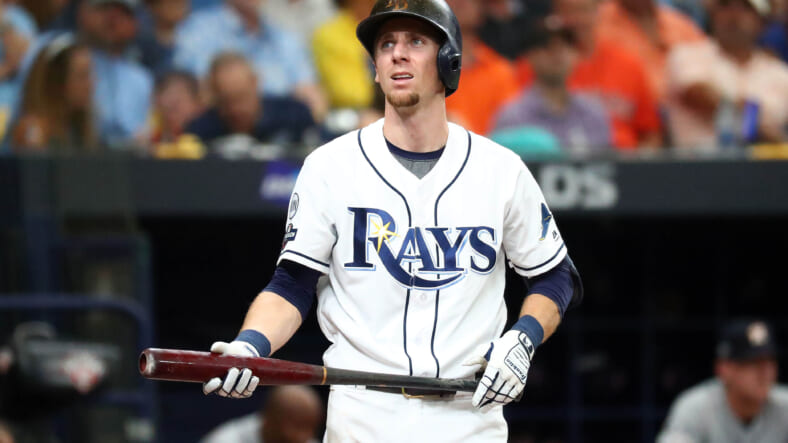 The Yankees made a low-key move over the weekend, signing former Tampa Bay Rays infielder, Matt Duffy. Duffy, who played in 46 games in 2019, logged a .252 batting average with one home run over 147 at-bats.

The defensive player is not a slugger by any means, but he does hit for contact and has a solid OBS (.343 last season). He also draws a respectable number of walks and doesnâ€™t strike out too frequently. The last time he played over 130 games was in 2018 when he hit .294 and played predominantly at third base.

What this tells me is that the Yankees donâ€™t feel comfortable relying on Miguel Andujar at third base in case Gio Urshela needs to be substituted. Having a solid depth piece like Duffy, who can fill the void, is essential, especially at a position as difficult as the hot corner. At third base in 2018, he played 125 games, allowing 13 errors and logging a .963 fielding percentage.

Compared to Urshela, who played in 123 games at the position last year, he logged a .954 fielding percentage with 13 errors. It seems as if Duffy has the ability to perform even better defensively than Urshela, despite his dip in efficiency last year.

If Duffy can bounce back in a big way, the Yankees could find more reps for him, especially since Urshela is only a one-season wonder, so far. Depending on him to back up his stellar 2019 performance with another incredible outing is optimistic. It was the first time Gio hit over .233 and reached double-digit numbers in the home run category.

I really like this move by the Yankees, bringing in a veteran infielder to fill one of the most important positions on defense. It also makes me aware that Andujar will probably stick in the outfield for the foreseeable future. Expect to see Duffy earn playing time during the shortened season, as mitigating fatigue will be a priority.