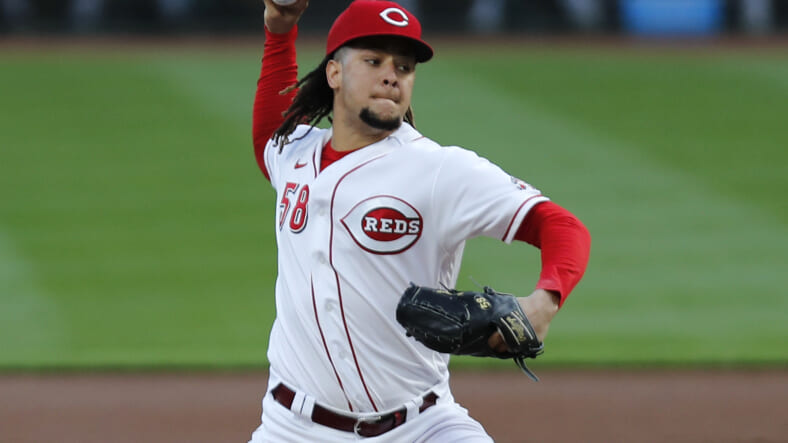 While the New York Yankees have allocated resources toward bolstering the starting pitching rotation, there are a lot of questions that remain, notably in the injury department. Trading for Jameson Taillon and signing Corey Kluber helps significantly in the team’s quest to reach the World Series, counting on two pitchers who haven’t pitched over 37 innings in two years isn’t exactly an optimal risk.

Nonetheless, GM Brian Cashman feels confident in his acquisitions, despite the risk present. Both Kluber and Taillon have advocated for their health and progress, confirming they should be 100% ready for the start of the 2021 regular season. However, adding more starting-level talent to the rotation is never a bad move.

Cashman should still consider allocating more resources toward acquiring another starter, and in this scenario, Cincinnati Reds star Luis Castillo.

At 28 years old, Castillo represents a phenomenal player with plenty of upside. He dominated in 2020, posting a 3.21 ERA and 11.44 strikeouts per nine. His elevated ground ball percentage of 58.4% would be perfect in Yankee Stadium. Over four years, he has a high of 4.30 in the ERA department and a low of 3.12.

The Cincinnati Reds have control over Castillo until 2024, and he becomes arbitration-eligible in 2022. He will count just $4.2 million against the salary in 2021, meaning he would be an extraordinary addition on a cost-efficient contract.

The Yankees have been forced to save money, but they have assets to utilize:

The Yankees have been extremely frugal this off-season with their moves as they attempt to stay under the $210 million luxury tax threshold. With a bit of money left over after trading Adam Ottavino, they donâ€™t need to acquire a new outfielder or re-sign Brett Gardner. The price on Castillo for the 2021 campaign is not a problem, so they can utilize what little money they have left on his deal. The more pressing question revolves around the assets needed to acquire Luis in the first place.

Cashman has plenty of trade bait at his disposal, as he could look to options like Miguel Andujar and prospects to convince Cincinnati to move on from Castillo. The Reds are a decent team with plenty of holes that need to be filled, and providing them with high upside players, they can groom to fit their system might be a beneficial move for both sides. The Yankees require a premium starting pitcher, and with three more years of control, it won’t be easy to pry him away from the Reds.

While there were rumors several weeks ago that the Yankees and Reds were speaking about a trade, Cincinnati GM Nick Krall stated that they were completely false. However, we have seen proof that when there is smoke, there is fire, especially regarding Yankee rumors.

Even if Cincinnati wants Deivi Garcia in return, the Yankee should seriously consider it, based on the simple fact that Castillo is a proven commodity.